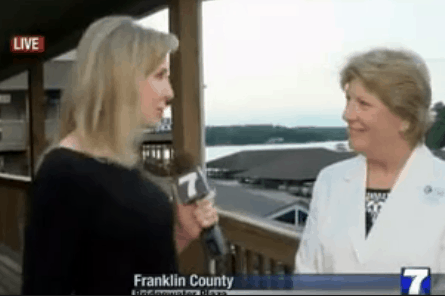 A manhunt is currently underway near Franklin County, Va., after a gunman walked into a live local news broadcast and murdered the reporter and cameraman. The local chamber of commerce director, Vicki Gardner, who was being interviewed, was also shot and injured. The shooting happened early this morning while WDBJ’s Alison Parker, 24, and her cameraman Adam Ward, 27, were doing a seemingly breezy interview with Gardner at a shopping center. A few moments into the live segment, a figure wearing all black walked up and began firing. According to Gawker, both Ward and Parker were engaged to other members of the WDBJ staff, and today was Parker’s last day with the station. A going away party was planned for her later this morning.

UPDATE: The alleged shooter, who is reportedly an ex-employee of the news station who goes by the name Bryce Williams, has shot killed himself.

Why You Should Start a Business in Your Twenties