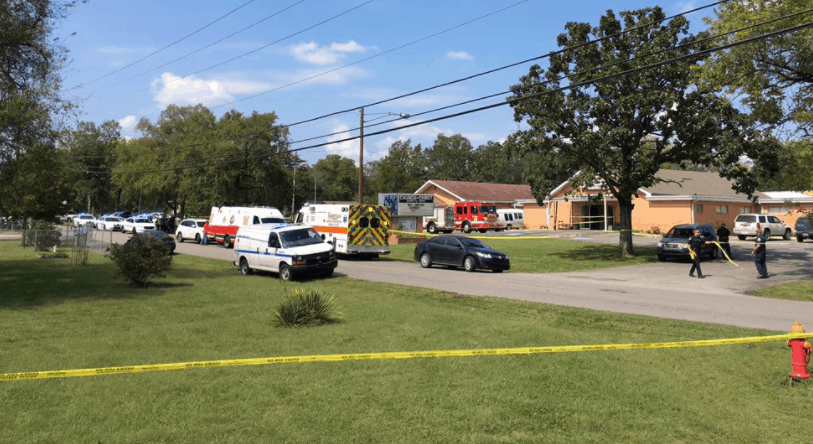 A woman is dead and seven others were wounded as a gunman opened fire at a church in Antioch, Tennessee—a Nashville suburb.

The shooter, 25-year-old Emanuel Samson, pulled into the church parking lot just as the 11 a.m. service at Burnette Chapel Church of Christ ended. He fatally shot one woman in the parking lot, identified as 39-year-old Melanie Smith, before entering the church through the rear doors and firing “indiscriminately.” The church’s pastor, Joey Spann, and his wife, Peggy, were both injured in the shooting.

Crime scene tape up all around the church. Moving us back now further away. pic.twitter.com/NC7qVkwkP2

The shooter was brought down by 22-year-old Caleb Engle, a churchgoer who confronted Samson, suffering a blow to the head when Samson pistol-whipped him. During their struggle, Samson was wounded when his own gun accidentally misfired, giving Engle enough time to run to his car and get his own gun, which he used to guard Samson until police arrived.

Engle released a statement following the confrontation, in which he asked people to pray for the shooter as well as his victims.

I’ve been going to this church my whole life, since I was a small child. I would have never, ever thought something like this would have happened.

I pray that through all of this that people will come to know Christ and I ask our nation to reflect on Romans 8:31: “If God is for us, who can be against us?”

The shooter was treated for his wounds and has been released into police custody.