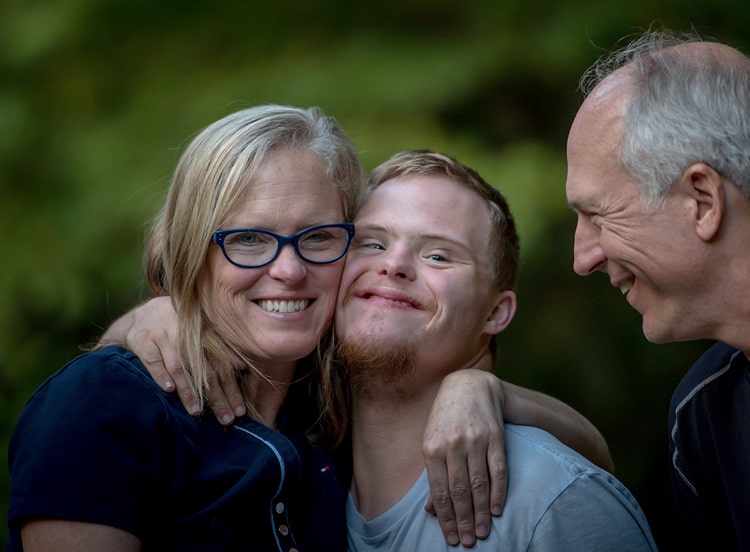 A few months ago, I corresponded with a man named John. He is the father of Grace, a young woman who has Down syndrome. Grace belongs to an ever-growing community of entrepreneurs with Down syndrome. In his message to me, he said the future is looking bright for his daughter, and that it will only be brighter for my son, Jude. Indeed, great strides have been made. I was very encouraged. But since then, I have begun to wonder if he was right.

It may be possible to genetically edit babies who are diagnosed with Down syndrome in the near future so that they won’t actually be born with it. If that sounds like science fiction, that’s because it’s absurd. Nonetheless, it may not be out of the realm of possibility.

One of the publications that I follow on Facebook recently shared an article about that very possibility and posed a question: “Suppose you are pregnant. A genetic test reveals your child has Down syndrome, and you are offered the option to undo the genetic mutation. Would you?”

What do you think? Would you edit your child? Regardless of how close science is to allowing us to alter DNA, do you think the world would be a better place if people with Down syndrome no longer existed?

I went to the comments section of that post hopeful. Surely, everyone knows how crazy that sounds. Indeed, how horrible the thought. However, the people spoke, and many of them responded with a resounding, “Yes, I would absolutely edit my child.”

But I wasn’t ready to give up just yet. Perhaps they just hadn’t thought it all through. So I replied to some of them (perhaps a bit passionately). I explained that my beloved son has Down syndrome and that we happen to like it. I explained that one of them was wrong to compare Down syndrome to cancer. I tried sharing stats about the positive impact that people with Down syndrome tend to have on their families. Ultimately, it seems I got nowhere with the people who decided to respond to me. In fact, one guy told me that my son was a “genetic and familial dead end.” He also called him “defective.”

Obviously, I think that nice guy was wrong. But whether people were nice or mean about it, they came from a perspective that I fear far too many people share. It’s a perspective that I have even heard from people who share my Christian worldview. It goes something like this: Down syndrome is a flaw that would not exist in a perfect world.

If that’s true, then sure, edit that DNA.

But I think that perspective is mistaken. It assumes that Down syndrome is a problem to be solved. A defect to be fixed. I don’t believe that is true.

Now, genetically speaking, I see why people are tempted to call it a flaw. People don’t typically have three of the 21st chromosome. People with Down syndrome are truly unique. But the fact that it occurs because someone has that extra chromosome is an important thing to consider here. They have that chromosome from the very beginning of their development. It is literally always part of them. To remove it would be to destroy part of their body. A fundamental part of them would be lost.

We love our son. And it’s not as if we love him even though he has Down syndrome. No, we would miss that extra chromosome if he were to wake up tomorrow without it. It’s part of what makes him who he is. The idea that so many in our world seem to view people like him negatively saddens me. And as I think about the bright future that John told me about, I fear it may not come to pass. After all, it’s clear that a lot of people seem to think they are better off if their kids don’t have Down syndrome. It’s also clear that many well-intentioned people see those with Down syndrome as in need of fixing. Perhaps the great strides that we’ve made won’t last.

Something that I was told more than once as I interacted with commenters was that it would be best for the child to not be born with Down syndrome because it would mean a better “quality of life.” That assertion seems to have little basis, though. While people with Down syndrome often do require some extra assistance with things like learning and physical milestones, how does one presume to quantify the quality of someone else’s life? Especially considering that the people living those lives are pretty happy with how things are going.

Please join me in advocating for a future where people with that gift continue to make our imperfect world a better place.

is the Associate Pastor of Family Ministry at Bogue Falaya Baptist Church in Folsom, LA. He is a graduate of New Orleans Baptist Theological Seminary. He is married to Nicole, with whom he has one son, Jude. He blogs at adamsnotepad.com.

Yet Another Reporter Stopped Broadcasting to Rescue Hurricane Victims

C.S. Lewis’ ‘The Problem of Pain’ Is More Relevant Than Ever