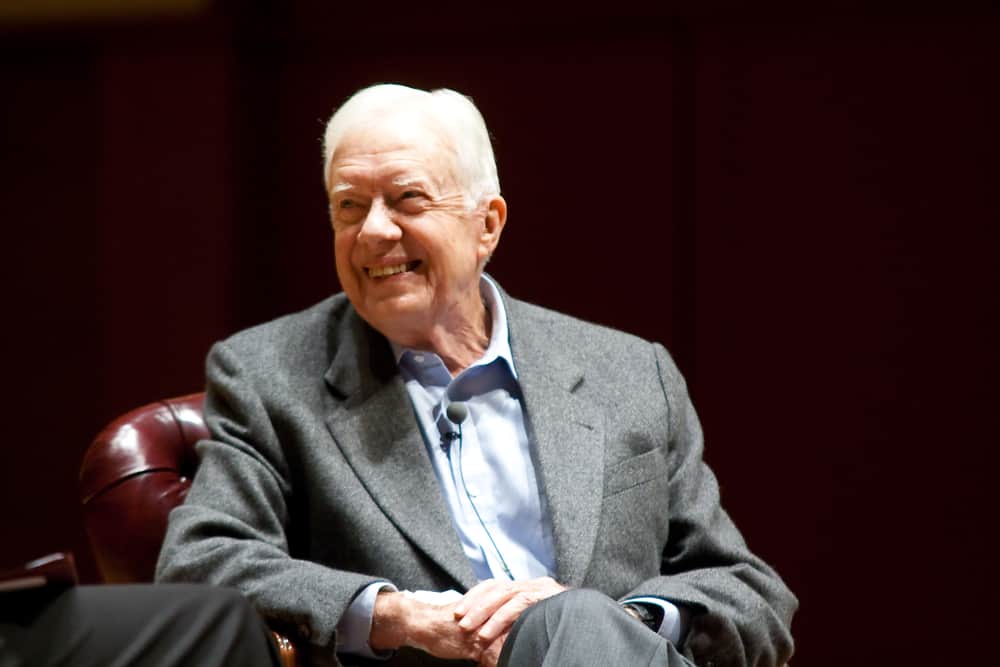 In a move that surprised some, former President Jimmy Carter was announced as the keynote speaker for Liberty University’s upcoming commencement ceremony.

Carter, a Democrat, Christian and lifelong humanitarian, would be the first Democratic president and third president overall to speak at the famed Christian college. George H.W. Bush spoke in 1990 and Donald Trump spoke in 2017.

I did not meet President and Mrs. Carter until early last year.  I was so impressed with the president’s warmth, kind demeanor, and humility. It is one of the greatest honors of my life to welcome President Carter to our Commencement stage. I have tremendous respect for him as a statesman and a true Christian. While Christians may disagree about what role government should play in serving those in need, the Liberty University community along with all Christians worldwide are united in the belief that we, as individuals, should provide food and shelter to the poor. President Carter, both during his time in office and since, has followed the teachings of Christ by serving the poor and loving his neighbors. I am thrilled that he will be sharing the story of his life of faith in action to our graduates and their families.

In the same release, Jimmy Carter said: “I am pleased to speak at Liberty University’s Commencement. I look forward to reaching out to this young generation of future leaders. I hope to inspire them as so many have inspired me throughout my life.”

The ceremony takes place May 19 in Lynchburg, Virginia.