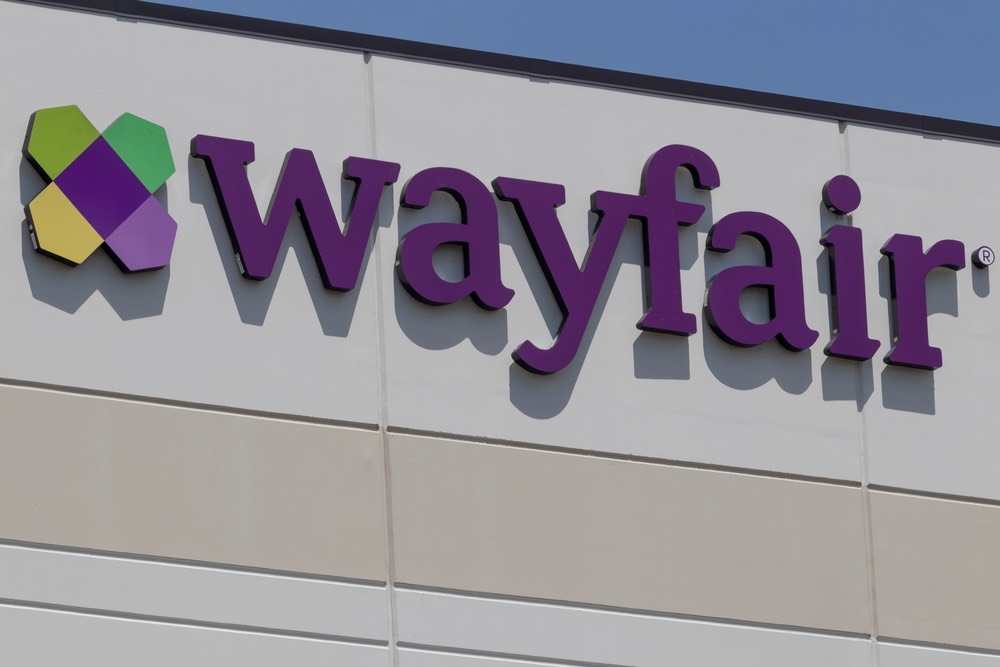 Yes, God Will Give You More Than You Can Handle

In case you missed it, the multi-million dollar online home furnishing site, Wayfair is being accused of human trafficking by conspiracy theorists.

Stemming from a Reddit post, internet users and conspiracy theorists far and wide quickly began linking overpriced utility cabinets and pillows to missing children. This baseless narrative was quickly and easily debunked. Because the truth is, traffickers don’t need complex codes and labyrinthine plots for their crimes. In fact, human trafficking is a much more widespread and “ordinary” evil than you might imagine.

In many people’s minds, human trafficking conjures up scenes from the movie Taken, or images of foreign children in cages arriving in shipping containers on the coast. Rather than focusing on high level organized crime or one very public and powerful possible perpetrator, I’d like to draw attention to some facts about human trafficking. This knowledge can empower us to spot and interrupt trafficking in our own communities.

First, human trafficking in the United States is not limited to organized crime or any political party. While conservative news stories seem to be focused on Wayfair’s possible connection to “elite” members of the Left, it is imperative that we understand trafficking is happening at every level of society, regardless of political or religious affiliations. While organized crime is absolutely real, many trafficking cases simply begin with the vulnerability of an ordinary American child.

So, what makes a child in the U.S. vulnerable? Research presents several factors. First, children trafficked for sexual exploitation are forced into “the trade” between the ages of 11-16 years old. By and large, adolescent girls are the target of traffickers, although there is a reported rise in demand for boys as well. This age span is important information because this also when young people are being given greater and greater levels of independence and autonomy, they are searching for belonging, affirmation and identity, as well as developing sexually. And traffickers know this.

After age and gender, the highest indicator for vulnerability to being trafficked is homelessness, running away from home and past abuse. Current estimates state that an adolescent who runs away from home will be approached for sex within 48 hours of being on the streets. Often coinciding with running away from home is a history of being sexually abused. Research over the past four decades has consistently found that children and adults who are being trafficked for sex have often been sexually abused from a young age. Kids being abused often want to escape their circumstances, but when they run away from home they are almost immediately preyed upon by traffickers and pimps who know that these kids have already been victimized.

Another huge factor in the United States is race and ethnicity. In the midst of national discourse on racial injustice and disparities, it is key that we understand that human trafficking disproportionately affects girls and women of color. This is important because, once again, we find ourselves wanting to solve a social ill that has often been white-washed. While trafficking can affect and happen to anyone, of any age, gender, race, or religion, it is typically perpetrated against girls and women of color simply because of the effects of systemic racism. Economic disadvantage puts any young person at a greater risk for being trafficked, and we know that this is one of the effects of historic racism in the United States. Racism also limits educational and career options for black girls and women, further increasing their vulnerability to being preyed on by traffickers.

So let me paint a picture. There’s a young girl in your church’s youth group. You know she lives only with her mom, who has a substance abuse problem. This girl stands out because she’s not as well-off as the rest of your youth group, you know she’s getting into trouble or struggling at school, and you can tell that with her current life trajectory, she has few viable options for pursuing a career and seeing her financial needs met. Traffickers see all of this vulnerability and they see a target. They see prey.

But traffickers don’t step in and introduce themselves as pimps. After vulnerability, the most important thing you need to know about trafficking is how it happens. Spoiler alert: it doesn’t usually happen through abduction. Let me repeat, the movie Taken is not an accurate picture of most instances of human trafficking. Trafficking in the U.S. often happens through what is called “Romeo” or “boyfriend” pimping. Romeo or boyfriend pimping is a process by which young girls are befriended and groomed for sexual exploitation. This is usually a gradual process of gaining a young girl’s trust, entangling her in secretive or even criminal activity, and then gradually increasing the level of manipulation, coercion and threats needed to force her into full-on prostitution. It begins with special attention, small gifts, compliments, games of truth or dare, secret cell-phones, and sexting and morphs into manipulation and control that make young women feel trapped and powerless in getting out of a dangerous relationship.

So let’s revisit our young girl in the youth group. With all her vulnerabilities, she’s caught the eye of an extended family member who is involved with some low-level crime. He bargains with her addicted parent to get some alone time with her, and over a few months, he gains her trust, makes her feel special and valuable, and before you know it, she feels like she can’t say “no” when he asks for sexual favors first for himself and then for his “friends.” He’s making money while her life is being destroyed. For a short while, you notice a change in attitude and maybe dress. Maybe she suddenly has cash to throw around. Maybe she’s become difficult and withdrawn. Or maybe she’s become overtly sexually forward with kids in the youth group, and now she’s a “problem.” Before you know it, she’s stopped showing up for youth group — one of her few life-lines. And you never see her again.

Why do you need to know all this information? Because you need to learn to look out for the youth in your community, church, classroom or neighborhood who are potentially vulnerable to being trafficked. Stopping human trafficking doesn’t happen through hashtags and emotional Instagram posts.

It happens through living with your eyes wide open to the kids, families and situations right around you.

It happens through learning the signs, the process and the prevalence.

It happens through loving and caring about your community.

It happens through sacrificially giving to organizations like International Justice Mission and Exodus Cry, who are fighting day and night for victims.

And it happens through fighting for your church or your place of employment to get educated on the signs of trafficking and create policies on how to report and handle it.

If you suspect trafficking for sexual exploitation in your community, contact the National Trafficking Hotline at 1 (888) 373-7888.

The Number of Persecuted Christians Resettled in the U.S. Has Plummeted Under Trump