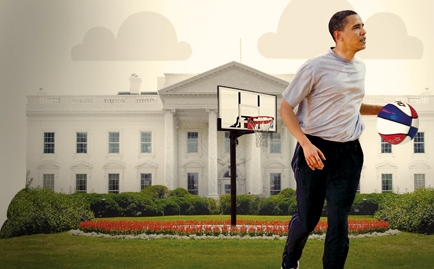 After
taking billions of dollars in federal loans from the United States
government to save itself from bankruptcy in 2009, in 2010 General
Motors will release a car they will tout as “the most innovative
breakthrough in automotive design since the Aztek.” GM will promise the
vehicle will be “like a BMW met a Boeing 777 and made a baby that was
delivered by workers on an assembly line in D-town.” (This statement
will be rapped by Eminem).

Unfortunately for the company though, the
car looks like a near-exact replica of the car Homer designed in that
one episode of The Simpsons. GM will frantically backpedal, saying “by
‘BMW,’ we meant ‘boring motor wagon’ and by ‘777’ we meant the number
of pointless features on the car.” Despite its atrocious design,
propensity to breakdown and poor fuel-efficiency, it will still far
outsell all previous editions of the Chevy Malibu.

Best-selling
author, sought-after speaker and all-around cool guy Don Miller is
known for his down-to-earth writing style and intriguing thoughts about
faith. But in recent years, the author of the cult favorite book Blue
Like Jazz has become a cycling aficionado—he even participated in the
Ride:Well cross-country cycling campaign to support clean-water wells
in Africa. But in 2010, Miller will take his new two-wheel passion to a
whole new level. We confidently predict Don Miller will enter and
convincingly win the Tour de France. Maybe it’s the leading-jersey
yellow color and bike gear on the cover of his latest book or those
cool European baseball caps he’s now wearing, but something tells us he
plans on giving Lance Armstrong a run for his money.

3. Lil’ Wayne Will Have an Existential Meltdown

Having
come off a landmark year in 2009 and reaching new levels of success as
a rapper, rocker, performer, sports blogger, producer and, um, convicted criminal, hip-hop
phenom Lil’ Wayne (aka Weezy, aka Young Money, aka Tha Carter) will
have a complete existential meltdown in 2010. After rising to the top
of the pop-music, underground hip-hop and rock charts, the
multi-talented performer will be forced to answer the question, “Just
who is Lil’ Wayne?”

Weezy will retreat to an isolated cabin in the
wooded countryside of Concord, Mass., where he will ponder his own
self-identity versus his Hot Boyz persona, the simple complexities of
singles like “A Milli,” and the struggle of the human condition
juxtaposed against the changing seasons and the subtle rhythms of the
natural world. The experience will be distilled in his first classical
record, On Waldeneezy Pond: Reflections.

4. KFC Will Release the Best Thing Since Sliced Bread

In
late 2009, KFC did what many thought was impossible: created a product
more deadly than its 10-layer bowl of deep-fried side items. The
release of the Double-Down, which contained two slices of bacon and two
types of cheese, forgoing slices of bread for two pieces of deep fried
chicken meat, immediately raised the national obesity rate to the
highest numbers in history, and wreaked complete havoc on local
plumbing systems. Even though just one partaking of the Double-Down
poses significant physical and psychological health risks, the latest
innovation from Colonel Cardiac will become a full-on national craze
next year. The product will become so popular that in 2010, bakeries
across the country will close down as bread falls completely off the
food pyramid and American eating habits favor extra-crispy fried
chicken opposed to anything based on wheat, grain or natural substances.

In
2009, the participation in Fantasy Sports reached new heights. Even
Time magazine noted the popularity of the activity that allows office
workers, students and even celebrities to manage fake baseball,
football and basketball teams in leagues made up of their friends and
co-workers. But in 2010, we predict Fantasy Sports will find a new
audience far south of the Mason-Dixon line with the advent of Fantasy
tournaments involving some of America’s lesser-known professional
sports. Fantasy Bass Fishing, Bowling and Funny Car leagues will sweep
the Deep South. Once only the domain of truckers, insomniacs and
generally downtrodden diners, Denny’s Restaurants will redefine
themselves as the sports hub of the South—the site of massive draft
parties, weekly watching events and pancake-fueled blockbuster trades.
The craze will become so prominent, even citizens in America’s neighbor
to the north will launch their own series of Fantasy Curling, Hiking
and Biathlon leagues as Fantasy Sports take over Canada.

If you like this very silly list, you’ll love the whole thing in the Nov/Dec issue of RELEVANT.

When You Ask A Homeless Person to Move In