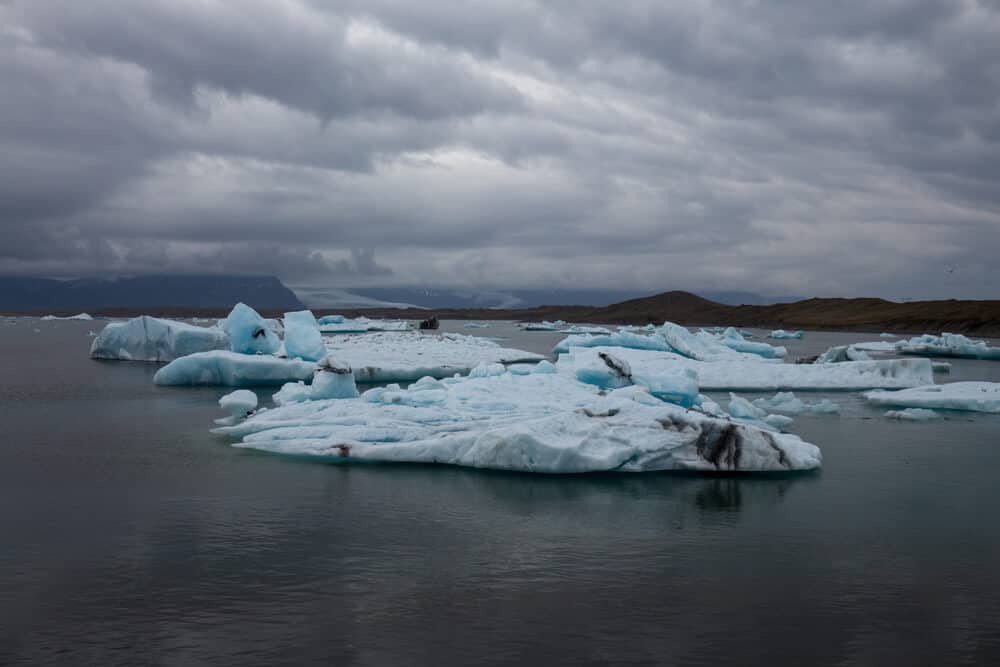 According to the National Oceanic and Atmospheric Administration’s annual Arctic Report Card, which gives an update on the state of the climate in the arctic region of the planet, the seas at the top of the world have transformed significantly in the past few years.

The looming stat? The Arctic has lost 95 percent of its oldest and thickest ice.

Young ice is thin and thus melts quicker than old, thicker ice. The old ice is what keeps the Arctic cold and habitable year-round for wildlife like walruses and polar bears. (h/t Washington Post)

In the winter months when the planet chills out, young ice refreezes quicker, but it doesn’t refreeze with a lot of stability and strength, meaning that once the old ice floes have melted, it’s difficult to reform to its previous condition. The total volume of ice in September from 1979 to 2012 decreased 78 percent. The numbers have rebounded slightly in recent years, but the total losses represent 10 trillion tons of ice.

“The Arctic is an indication of what’s coming to the rest of the globe,” Walt Meier, an expert at the National Snow and Ice Data Center told the Washington Post. “In the Arctic Ocean, a difference of 2 degrees can be huge. If it goes from 31 Fahrenheit to 33 Fahrenheit, you’re going from ice skating to swimming. The Arctic is an early warning system for the climate.”

Climate change has legitimate and lasting effects on the entire planet. It damages the health of soil and affects what can grow all over the world. That can change entire ecosystems. It’s worth taking seriously now.