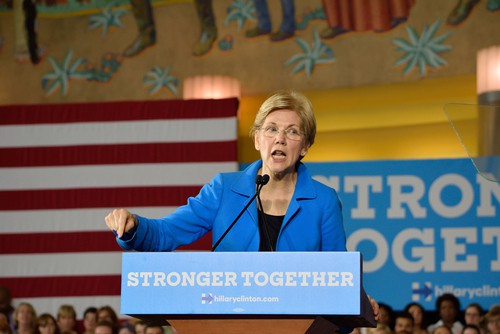 The Danger of Love Without Truth and Truth Without Love

Tuesday night’s Democratic Debates were rocky business, with moderators struggling to enforce their rules and a rowdy cheerleading section throwing off the rhythm and energy some of the previous debates had. But one illuminating moment came when moderators asked the contestants about their personal mottos.

Elizabeth Warren quoted directly from the New Testament, saying her motto is “in as much as ye have done it unto one of the least of my brethren, ye have done it unto me.” That’s a quote from Jesus in Matthew 25:40, and she even used the King James Version. Quite a flex.

Pete Buttigieg didn’t directly quote the Bible, but his life motto will definitely sound familiar to people who’ve read it. Mayor Pete said that he strives to “live by the teachings that say if you would be a leader, you must first be a servant.”

That echoes Jesus’ words in Mark 10 when he said “whoever wants to become great among you must be your servant and whoever wants to be first must be slave of all. For even the Son of Man did not come to be served, but to serve, and to give his life as a ransom for many.”

The other Democratic candidates offered a variety of mottos, some echoing other leaders (Bernie Sanders quoted Nelson Mandela, who said “Everything is impossible until it happens”), some coming up with their own brand of folksy wisdom (Joe Biden: “When you get knocked down, get up, and everyone is entitled to be treated with dignity no matter what or who they are”) and some stretching the definition of motto (Michael Bloomberg: “I’ve trained for this job for a long time and when I get it I’m going to do something, rather than just talk about it”).

That was the final Democratic debate before Super Tuesday, and then the real push for the party to coalesce behind a nominee and mount a real challenge to President Donald Trump in November.

The Tulsa Race Massacre Will Be Part of Oklahoma Schools’ Curriculum

Joe Biden on How God Guides Him: ‘Faith Sees Best in the Dark’