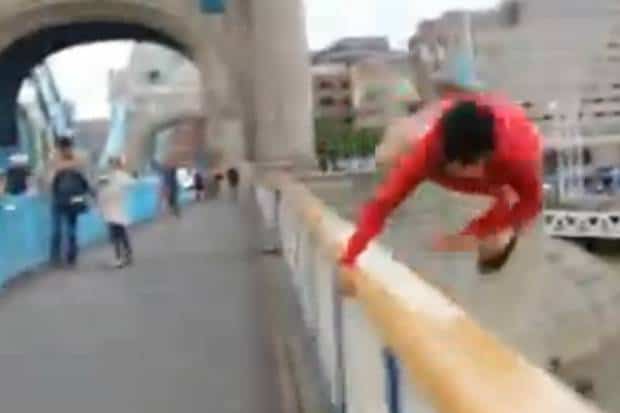 An Evel Knievel copycat in London jumped off the Tower Bridge into the River Thames because of a dare. He quickly called this his “stupidest idea ever.” The guy, Shah Faisal Shinwari, took the leap after one of his 27,000 YouTube subscribers dared him. From there, things got real, as the Thames current swept him up. A lifeboat staffer rescued Shinwari and treated him for exhaustion and an infection (from nasty Thames water). Thankfully, he made a full recovery. Later, he posted a thoughtful video in which he reflects on his dare-jump: “This was later very regretted by me, and I realized it was the stupidest idea ever. Thanks for watching!”

You Could Sleep in a Real-life (kind of) Hobbit House