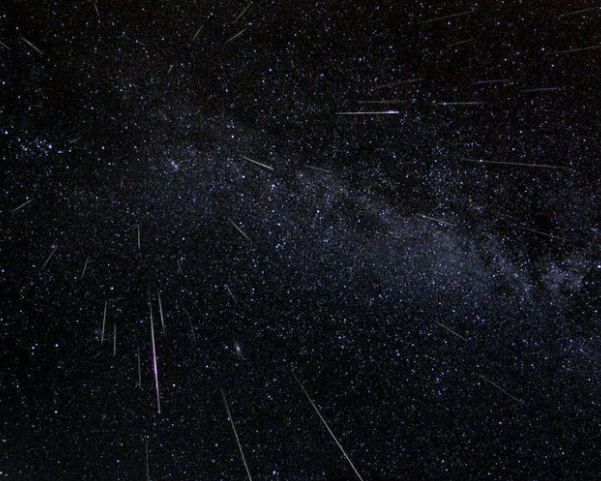 Every August, debris of Comet Swift-Tuttle hit Earth’s atmosphere, creating an impressive meteor shower that is one of the most visible to the human eye. And this year, the “Perseid” shower will be brighter than it has been in years, due to a lack of moonlight and a good positioning of Jupiter—whose gravitational field can apparently nudge the particles closer to Earth. The light show will peak late tonight and early tomorrow morning, with up to 100 shooting stars every hour. So if you’re willing to brave the early hours, watching the dazzling display is as simple as finding a place away from light pollution, staring up at the sky and giving your eyes time to adjust. And if you can’t find a spot, NASA will be livestreaming the shower on their site starting at 10 p.m.

I Want to Vote for Donald Trump Just for Entertainment Value. Is That Wrong?