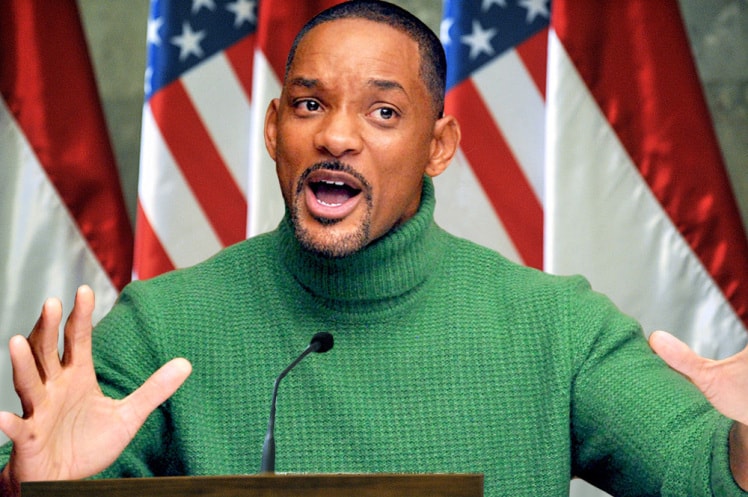 The Donald claims, if elected president, he will make a bunch of things happen. Well, before he’s in the White House, he might just make actor Will Smith run for president—though apparently not in the good way. It would mean a move from—wait for it—Fresh Prince to Fresh President. Anyway, yesterday Smith told CBS Sunday Morning (you can watch the full conversation here. ): “If people keep saying all the crazy kinds of stuff they’ve been saying on the news lately about walls [bordering off Mexico] and Muslims, they’re going to force me into the political arena.” And that means one thing: “I gotta be the president,” he clarified. “Come on, what else would I run for?” Because clearly the solution to a celebrity running for president is another celebrity running for president.