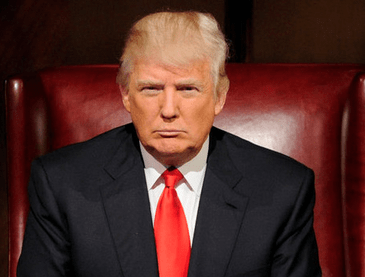 The presidential campaign of Donald Trump continues to be a dramatic one. At a campaign rally in Iowa yesterday, Trump’s security team removed Univision reporter Jorge Ramos after he attempted to ask the GOP hopeful about his controversial immigration policy. Trump has previously said he plans to deport 11 million people and build a giant wall on the American/Mexican border, and force Mexico to pay for it. After repeatedly demanding that Ramos sit down, he told him to “Go back to Univision.” Ramos was then briefly removed from the event. Trump is currently engaged in a $500 million lawsuit with the Spanish-language network after it killed its contract to air the Miss USA pageant, which Trump co-owns. The decision came after Trump claimed Mexico is intentionally sending criminals to the U.S. (“They’re bringing drugs, they’re bringing crime, they’re rapists, and some I assume are good people.”)

At the Iowa campaign event, Trump did eventually allow Ramos to come back in, and the two had an expectedly testy exchange over his immigration plans. Following the incident, a Univision executive announced that, “We’d love for Mr. Trump to sit down for an in-depth interview with Jorge to talk about the specifics of his proposals.”

Why You Should Start a Business in Your Twenties