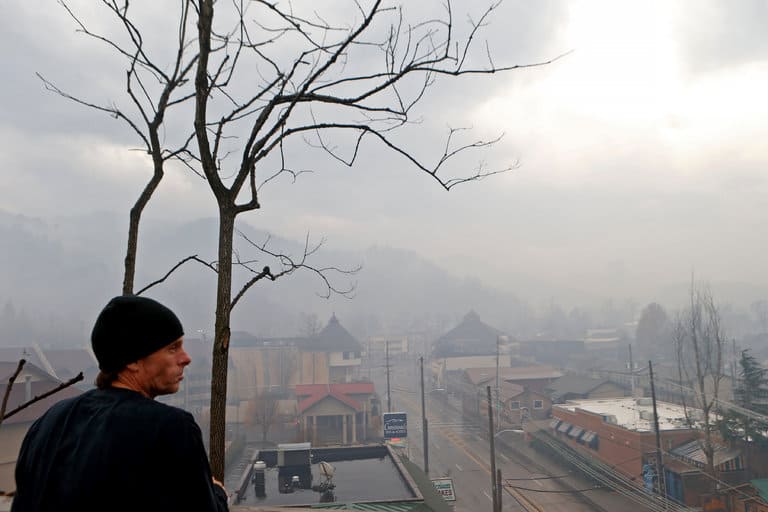 The devastating wildfires in Tennessee have claimed the lives of at least seven people, forced thousands of people to evacuate and damaged hundreds of homes and businesses. Rescue workers are continuing to find victims in the fire that spanned 300 acres and devastated the town of Gatlinburg.

Now, Dolly Parton, a Tennessee native, has pledged to donate $1,000 per month to each family that has lost a home to the fires for six months.

The donations will come from Parton’s new organization, called My People Fund, which will use a combination of online donations as well as money from different companies that Parton is affiliated with.

I have always believed that charity begins at home. And that’s why I’ve asked my Dollywood Companies—including the Dollywood Theme Park; the DreamMore Resort; my dinner theater attractions including Dixie Stampede and Lumberjack Adventure; plus my Dollywood Foundation to help me establish a ‘My People Fund.’ …
We want to provide a hand up to all those families that have lost everything in the fires. And to recover, we want to make sure that the Dollywood Foundation provides $1,000 a month to all of those families that have lost their homes in the fires until they get back up on their feet. I know it has been a trying time for my people, and this assistance will help.

Recent rainfall has put out much of the fire, but officials say that there were some areas that continue to smolder.