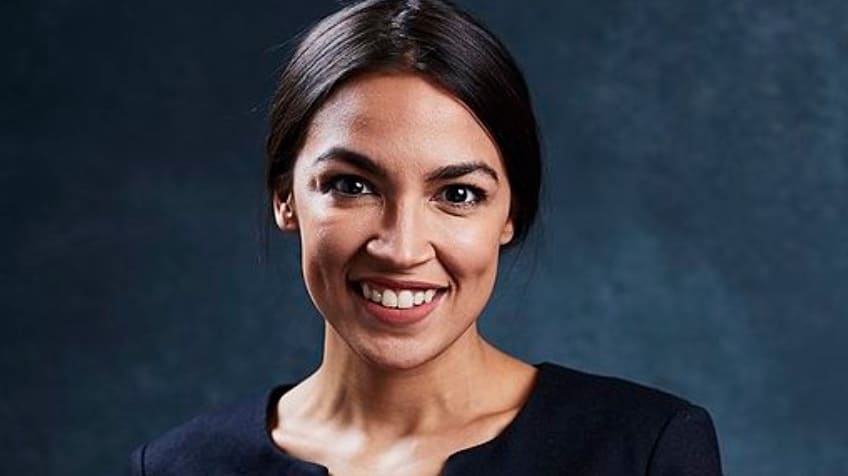 Liberty University President Jerry Falwell Jr. got involved in an ugly exchange on Twitter with Representative Alexandria Ocasio-Cortez after a dust-up over controversial comments he made in 2015.

It all started when Rep. Ocasio-Cortez retweeted a video of Falwell telling students “If more good people had concealed carry permits, we could end those Muslims before they walk in and kill us.” The tweet mistakenly claimed that the comments were made at the recent CPAC conference, when in fact, they were made in 2015 following a mass shooting in San Bernardino, Calif.

“I always thought that if more good people had concealed carry permits,then we could end these Muslims before they [unintelligible].”

This was just this weekend at CPAC, the conference attended by the President and members, to 1000s.

Where’s the resolution against Islamophobia? https://t.co/eXA9F1fezI

The tweet AOC retweeted also said, “@JerryFalwellJr threatened to shoot @AOC if she tried to ‘take his cows’ during #CPAC.” In a video from CPAC, Falwell says “My boys always have guns in their hands. That’s not something you teach them. That’s something they’re born with … I’ve got a hundred cows, you just let Alexandria [Ocasio-Cortez] show up to my house and try to take my cows away.”

Though AOC corrected the initial tweet, things quickly went downhill from there, with Falwell calling her a “dumb liar.”

The Bishop’s tweet is corrected for context here. Still wondering what the standards are for what merits a resolution and what doesn’t. https://t.co/Bv3dU3FNKq

I thought @AOC was just dumb but she is a liar too. She claims this was @CPAC last week when it was actually in 2015 the day after the deadly CA attacks by radical Muslims (“those” Muslims I referenced) She also deleted the last part of my quote “before they walk in and kill us”. https://t.co/lIw4V4BaVj

Falwell denied he was threatening AOC, though the context of his comments was about carrying guns.

Another lie! Never threatened anyone, only promised to keep my cows! You people are nuts!

Falwell then decided to invite Rep. Ocasio-Cortez to speak at Liberty.

. @AOC Although we disagree on most of our politics, I would love to offer you the invite to come present your ideas at Liberty Convocation. Unlike most schools we welcome free speech and hearing from those who differ from our political views.