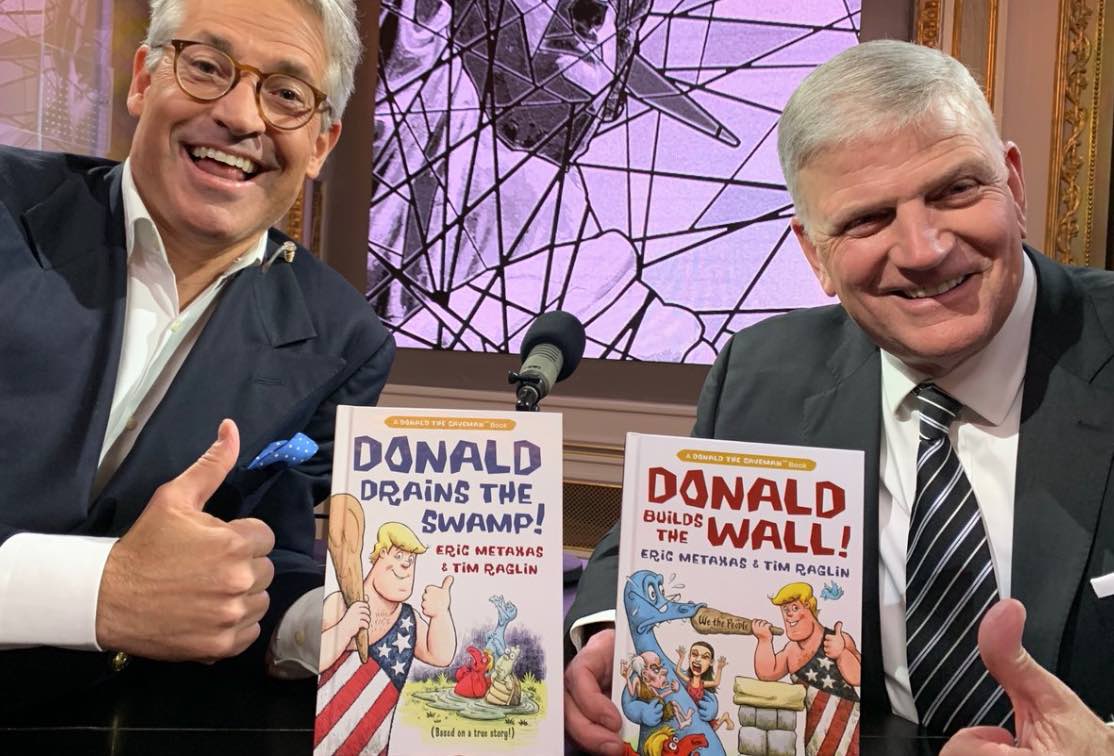 Here’s the Trailer for a Movie About Men Who Believe They Are Jesus, ‘Three Christs’

Both Graham and Metaxas have frequently praised President Donald Trump, and at one point, Metaxas asked Graham about the “very bizarre situation” in America “where some people seem to exist to undermine the president of the United States.” Trump is of course facing an impeachment inquiry over accusations that he attempted to bribe Ukrainian officials to investigate his political rival Joe Biden in exchange for military aid. Only two other presidents in American history have been impeached.

In response, Graham said, “I believe it’s almost a demonic power” to which Metaxas responded, “I would disagree. It’s not almost demonic.” They said that what is happening is a “spiritual battle.” The two then defended the president’s economic policies and argued that because of tax cuts churches were receiving more tithe money.

Graham defending the president—and suggesting political opposition to his policies is “demonic”—comes at an interesting time. Just last month he publicly criticized the president’s decision to withdraw troops from northern Syria, a decision that would leave minority communities in the region vulnerable to attacks from the Turkish military. Graham tweeted, “Both Democrat & Republican leaders are deeply concerned bc this would be, in essence, abandoning our closest allies there — the Kurdish people. Also pray for the Christians who the Kurds have been protecting. They could be annihilated. Would you pray w/me that Pres. @realDonaldTrump will reconsider? Thousands of lives hang in the balance.”