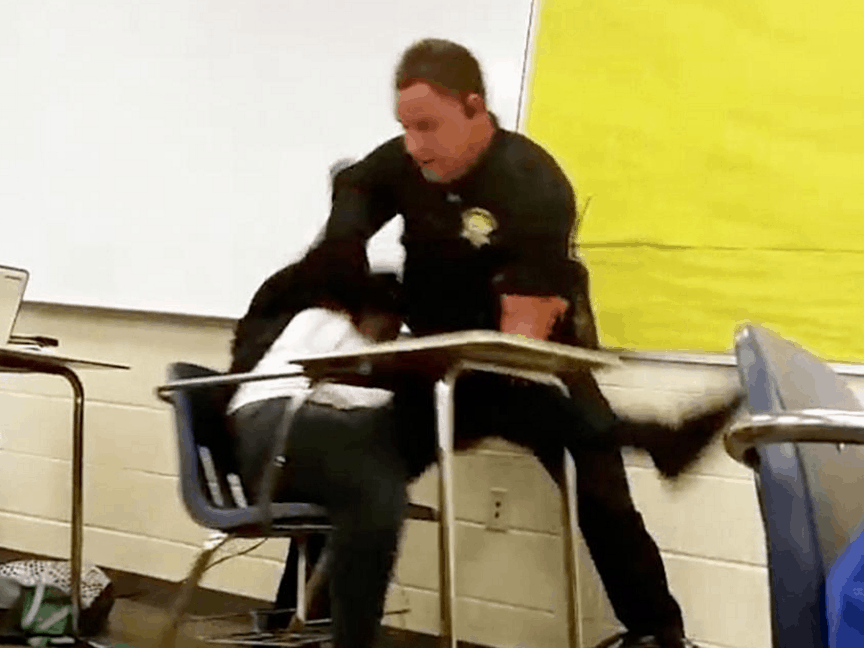 The Halloween Alternative Christians Should Embrace

Richland County Sheriff Leon Lott has announced that the local deputy caught on video violently throwing a student across a room while attempting to remove her from class has been fired. The incident caused a national uproar and sparked a federal investigation into why an officer would feel the need to use such physical force on a teenage girl, who did not appear to be endangering anyone. Sheriff Lott said, “She wasn’t a danger at that point” though he did call her “non-compliant and disrespectful.” Lott said, “You try to de-escalate a situation. And when you do have to put your hands on someone, there are other techniques we use … What he should not have done is throw the student. Police officers make mistakes too. They’re human and they need to be held accountable, and that’s what we’ve done with Deputy Ben Fields.” The deputy is white, and the young student is black. His attorneys claim he acted lawfully.

According to reports, the student refused to hand over her cell phone when she was caught by the teacher texting and did not leave the class when asked. The sheriff called her “very disrespectful” and said that both she another student—who spoke up during the arrest—will face charges of “disturbing schools,” which is a misdemeanor. A lawyer for the teen told the New York Daily News that the girl’s mother recently passed away, and the 16-year-old is now orphaned and living in the foster care system.

The Halloween Alternative Christians Should Embrace