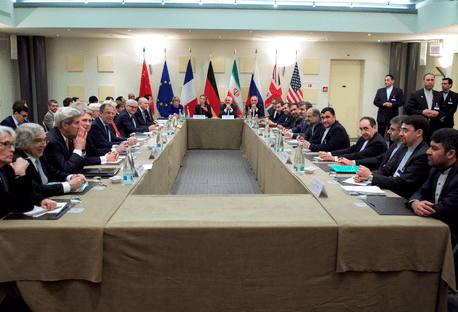 Nearly two years after talks began, leaders from Iran and a coalition of nations that included the United States have come to an agreement over Iran’s nuclear program. In a statement this morning, President Obama called the deal “a comprehensive long-term deal with Iran that will prevent it from obtaining a nuclear weapon.” Though details of the pact weren’t immediately clear, as part of the agreement, the U.S. would lift economic sanctions on Iran, and in return, the country would agree to regulations on its controversial nuclear program. Not everyone on the world stage has supported the deal. Israeli Prime Minister Benjamin Netanyahu called the agreement “a historic mistake for the world.” He tweeted, “When willing to make a deal at any cost, this is the result. From early reports, we can see that the deal is a historic mistake.” From here, Congress will have two months to review and approve the new agreement.

A Sequel to ‘Wreck-It Ralph’ Is in the Works