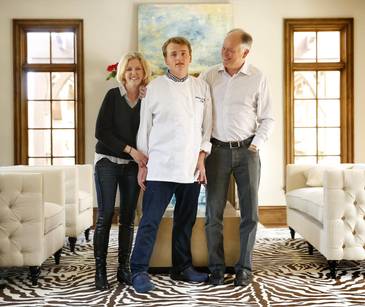 A family in Dallas is planning on using 29 acres of unused land in Denton County to build a community for young people with autism.

Clay Heighten, a retired doctor and founder of a real estate company, and Debra Caudy, a retired oncologist and his wife, were inspired to build the project because of their 19-year-old son, Jon. Jon’s autism requires a lot of supportive care, but his parents worried about what his life would be like as he grew older.

“It’s about offering a choice. We’re trying to create something that would provide an enriched quality of life, so that people like Jon eventually require less supervision,” Heighten told Dallas News.

In late 2015, the family bought the land with about $745 thousand and created an organization called 29 Acres to raise money to continue moving the project forward.

The project is slated to cost about $12 million and will feature 15 homes that can house up to 56 people, a community center, a “transitional academy” where the young adults can learn skills to help them be independent as they grow.

29 Acres hopes to have four homes built this year, so that people could begin moving in by 2018. The complex would also have about 200 full-time and part-time staff members.

According to the 29 Acres website, residents would be able to live there permanently or in a transition period.

Autism is a developmental disorder that has a spectrum of symptoms. Recently, rates of autism have been increasing, leading public health experts to question whether diagnosis is standardized or if the disorder is becoming more common.

The One Surefire Way to Ruin Your Marriage