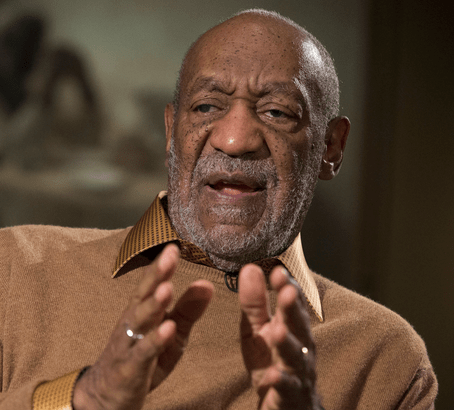 Newly released documents stemming from a 2005 lawsuit show that comedian Bill Cosby admitted under oath to acquiring drugs with the intention on using them to sedate a young woman. Cosby has faced dozens of accusations from women who say he drugged and raped them. In the documents, Cosby was asked by a lawyer, “When you got the quaaludes, was it in your mind that you were going to use these quaaludes for young women that you wanted to have sex with?” He said yes. (Though, after some back and forth with the attorneys, he said, “I misunderstood. Woman … not women.”)

Cosby then recounted an incident that sounds very similar to accusations levied against him by a woman who said she was just 19 when Cosby raped her backstage at a performance in 1976. In the documents, Cosby said, “She meets me backstage. I give her quaaludes. We then have sex.” Cosby and his lawyers attempted to block the release of the court documents.

The 5 People You Should Never Marry

Study: 95% of State and Local Prosecutors Are White