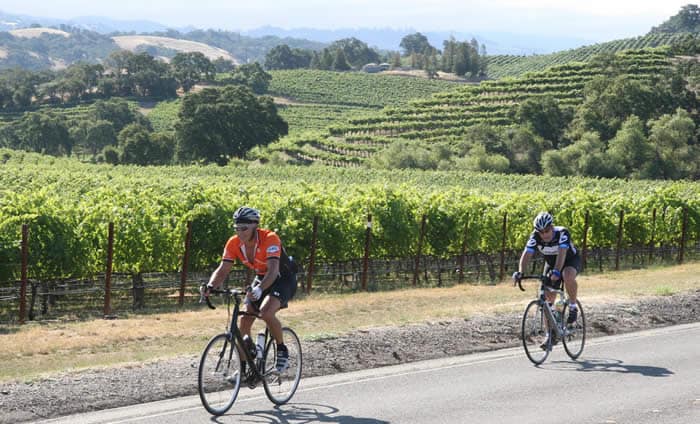 Dave Carlson is a bike shop owner who wrote Representative Ed Orcutt (R – Kalama) to protest a proposed “bike tax.” Carlson’s argument was that bike riding does too much good for the city (“reduce congestion, save wear and tear on our roads and bridges, and reduce the state labor needed to patrol our highways. Additionally, bicyclists produce fewer emissions and reduce healthcare costs through increased physical fitness”) to be taxed. Rep. Orcutt took scientific issue with Carlson’s claims.

you claim that it is environmentally friendly to ride a bike. But if I am not mistaken, a cyclists has an increased heart rate and respiration. That means that the act of riding a bike results in greater emissions of carbon dioxide from the rider. Since CO2 is deemed to be a greenhouse gas and a pollutant, bicyclists are actually polluting when they ride.

And with that, Rep. Orcutt dropped the mic, backflipped off the stage and left our nation’s hundreds of thousands of cyclists to grapple with the horror of the havoc they’ve been wreaking. Perhaps, instead of taxing bicycles, they should just be banned altogether, owing to the untold waste they are laying to the ozone layer. Should cyclists be jailed? Deported? No fix would be too extreme in these desperate times …

UPDATE: Rep. Orcutt has sent out an email apology to his constituents that walks back his claims.

Surrogate Mother Refuses to Have Abortion Despite Genetic Parent’s Demands