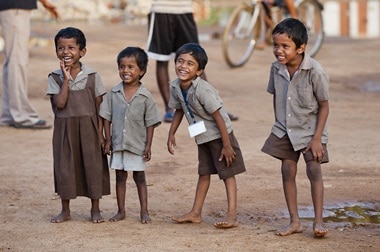 Last week, representatives from Compassion International went before the House Foreign Affairs Committee and talked to them about their obstacles with serving children in India, mainly that the Indian government’s regulations would result in the organization being driven out of the country because of a lack of access to funds.

A sChristianity Today notes, their attorney told government officials, “What we’re experiencing is an unprecedented, highly coordinated, deliberate and systematic attack intended to drive us out.”

Compassion, a notable, United States-based Christian charity, has been in India for more than 40 years and serves more than 145,000 Indian children by feeding, tutoring and providing medical care to those in the most need. They have the largest base in India and give out about $50 million worth of aid each year, but Indian officials say that Compassion and other organizations like it are using humanitarianism as a cover for their evangelism.

The India Times reported in July that Compassion was one of three non-governmental organizations added to the watch list, prohibiting them from receiving money in India, effectively rendering them useless.

India has the second largest population in the world with the largest democracy, but with many people in extreme poverty, the country has no sturdy welfare systems built-in, and often relies on NGOs to help.

The particular regular that is in question is India’s Foreign Contribution Regulation Act, which was revised in 2011. In the FCRA it says that the Indian government can block any funds that are “for any activities detrimental to the national interest.” Critics of the revision say that government officials are too vague in their assignment of what is against the nation’s interest.

India has a Christian population of more than 50 million, though it is still primarily Hindu. More than 11,000 other NGOs, both faith-based and otherwise, have lost their FCRA status in recent years.

RELEVANT’s Most Read Stories of 2016

Stop Waiting to Live Your Life