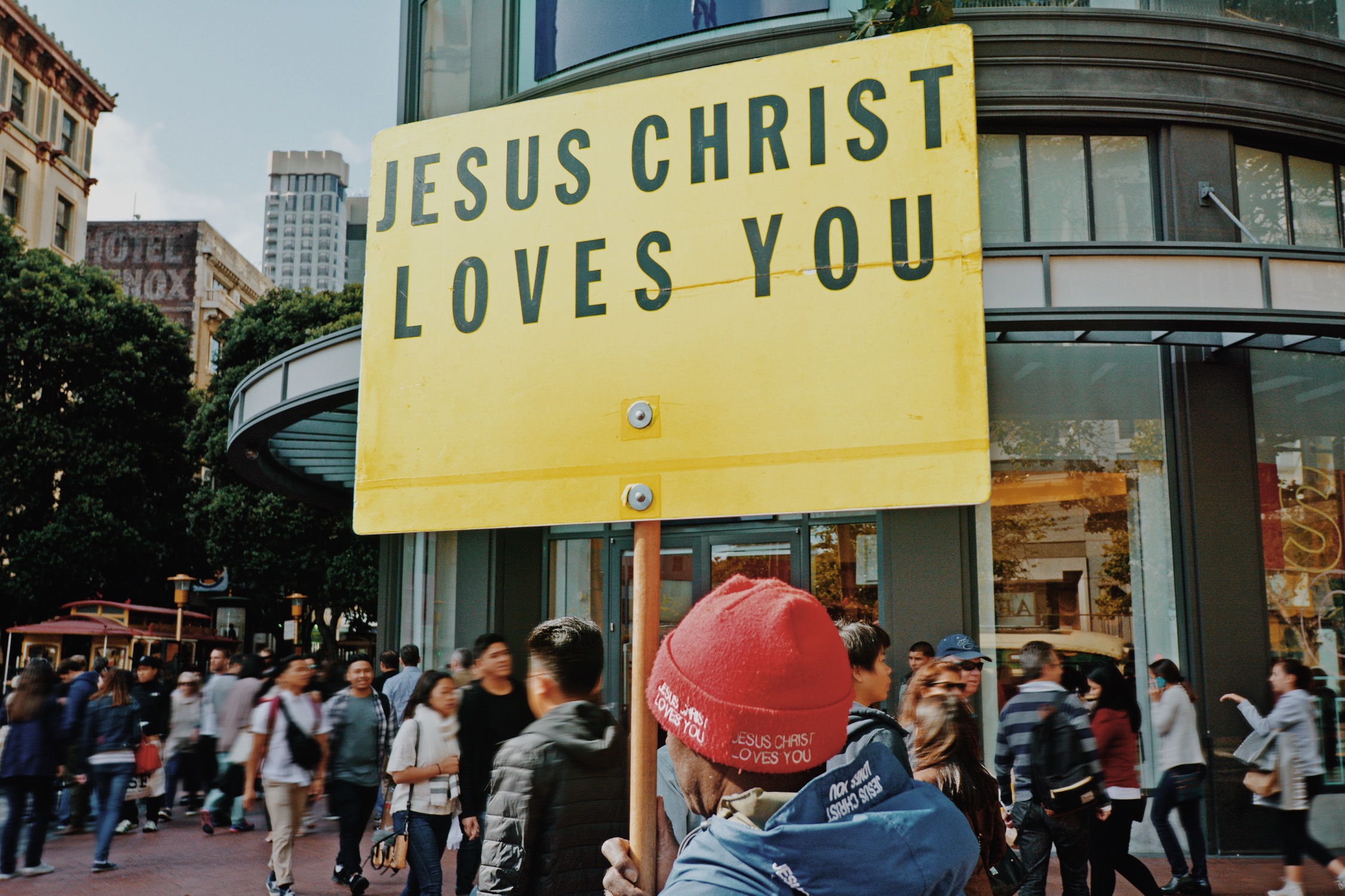 In the law, there is a concept of interpretation where an individual law can be used either as a sword or as a shield. A law is used as a sword when it is weaponized, used to hurt people or denigrate the law itself. Law is used as a shield when it is employed to help people, protect them or fortify the integrity of the law in general. We choose how we interpret the law – as sword or as shield – and often it is to our benefit to use it as a weapon – to defend ourselves and our ways of life from question, criticism or God forbid, change. Like the law, Christianity can also be used as a sword or a shield. And we Christians get to choose how we use it.

I am hard on Christians. Because I am one. Due to my social and political beliefs, I have rarely felt welcome or respected in organized religion, much less found a home church. I was not raised in a religious home. I wasn’t taught to pray. We didn’t discuss God or the hereafter. Through my years, I have repeatedly experienced Christianity used to exclude, insult and mistreat others. Not always, but in meaningful and common enough ways to be memorable.

We are a heavily Christian nation. Therefore, we Christians are largely responsible for the state of our nation. Much of America’s divisive rhetoric stems from a conscious – or unconscious – interpretation, application and profession of Christianity as a sword, rather than the loving, hopeful and merciful shield that it was intended to be. This use is in fact the opposite of our professed purpose however – to share Christ’s love. And it’s killing not only the Church, but our country. Through God-given free will, we can choose to change.

I beg my fellow Christians to look inside themselves and take personal responsibility for our weaponization of faith. For its negative impact on our country, our neighbors, our church. For our use of Christianity to validate only our own experience of reality. To protect only our own way of life. To justify and facilitate our own pre-existing discrimination, anger, and even hatred.

The result? Jesus has a PR problem.

Christianity, like the law, is very easy to use as a weapon. Because it brings us the immediate satisfaction that we crave with little or no self-reflection, sacrifice or effort. A sword provides the excuse that enables us to release our own self-righteous anger. And it feels good. It can even seem “right” when we look around and see the rest of the choir doing it too.

But faith is often eviscerated by those who claim to be its most stringent adherents. Those who lack the self-awareness to realize or take responsibility for the consequences of their actions.

Free will was good enough for God. Why then do his earthly followers insist upon conversion by sword – physical or legislative – rather than by using the faith to look inside themselves and purify their own hearts? Conversion by force is lazy. It absolves us of our own duty to live the faith and inspire faith in others. It absolves us of personal responsibility.

If Christians would with voice and action support truthful, just, compassionate politics and rhetoric, we would unify our faith and our nation. We would fulfill our moral obligation to treat all individuals regardless of politics, race, gender or nationality with the human dignity and love that we believe God created them. Ultimately, it would even better serve our professed purpose – to lead others to faith.

New people are not brought to faith when we simply beat the war drums with the choir.

New people are not brought to faith when we support, engage in or fail to speak up against intentionally divisive, inappropriate, untruthful and unprofessional political rhetoric, no matter which side of the political spectrum it comes from.

New people are not brought to faith when we care more for our party’s own political benefit than we do truth. (How can we be trusted to reveal eternal truths when we don’t respect earthly ones?)

New people are not brought to faith when we support laws that only benefit ourselves or that perpetuate injustice.

New people are not brought to faith when we hold tight our purse strings, refusing to help the poor, ill, destitute, faithless, “undesirables” because of our own self-serving and self-righteous labeling of them as such.

New people are not brought to faith when we choose to interpret science as the enemy of faith, rather than as a God-given tool to understand the glory of His creation.

New people are not brought to faith when we use Christianity to criticize and condemn others, rather than to look inward and purify our own hearts.

While the pen (or keyboard) is said to be mightier than the sword, at the same time, words are easy. Actions speak louder than words. Real life action, introspection and self-sacrifice is hard. But that is exactly what we are called to do. Are we really comfortable taking the easy way out? Slapping on the superficial bandaid rather than doing the hard, life and world-changing work? Our laziness and self-righteousness has created a major PR problem for Jesus. It’s time to fix it.

The world saw the Jesus flags in the crowd of insurrectionists that descended upon our capitol, with zip ties in hand and pipe bombs left at the DNC and RNC, with the chants to hang Vice President Pence. Yes. Jesus indeed has a PR problem.

These dark times are an opportunity for Christians to be a light. To unify in Christ’s love, not just with each other, but especially with others and with those who we perhaps don’t think deserve it. After all, isn’t that what Christ did for us – give us undeserving grace and love?

Hilary Moore is an attorney, an adjunct professor at Eastern Mennonite University, and the owner of a small farm business where she lives in Harrisonburg, Virginia with her husband and three children.