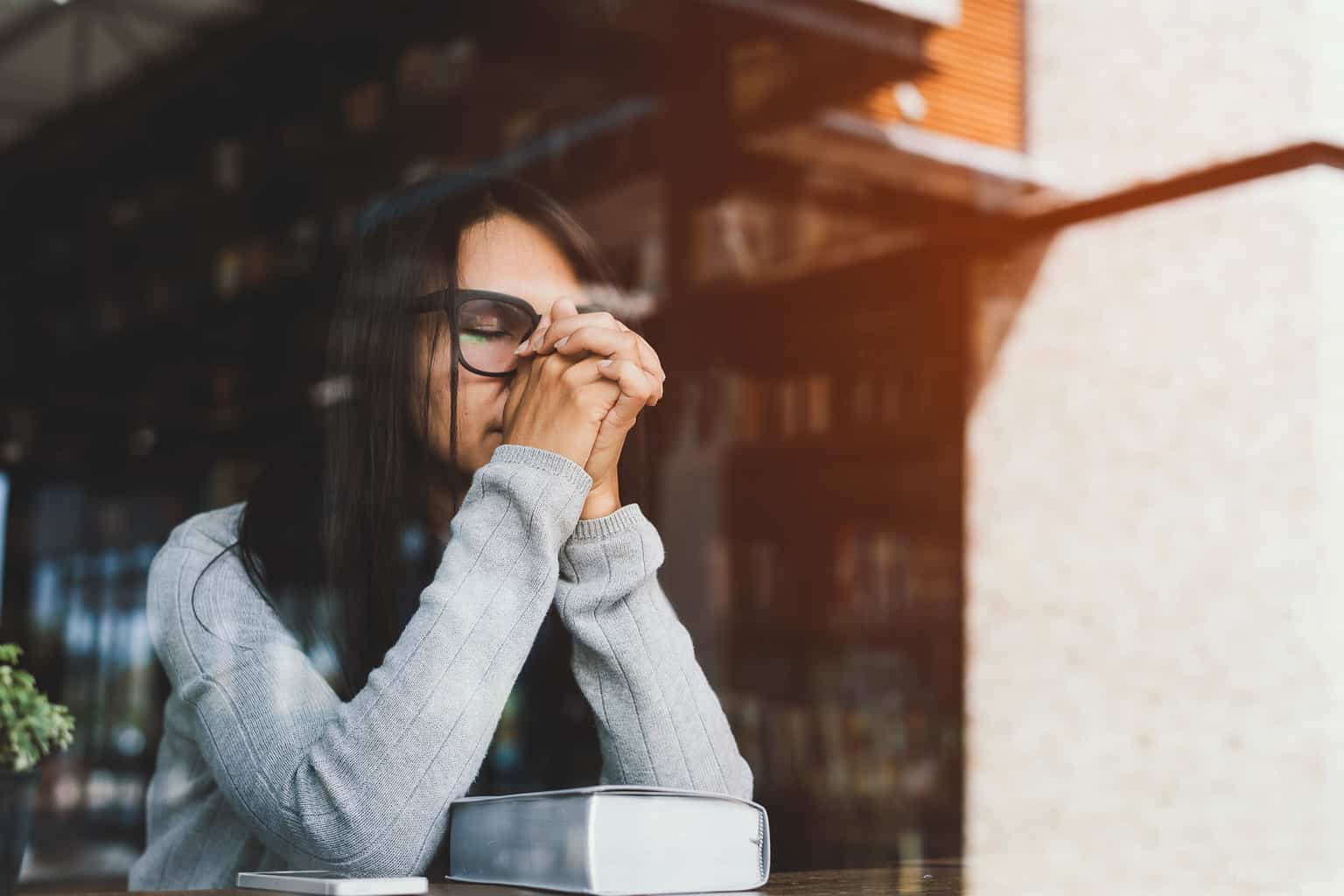 Recently, while chatting with an old friend who happens to be a professor of New Testament and biblical Studies at a prominent Christian university, I asked him what he thought of the concept of “Christian Privilege” and whether or not he felt as if it existed in practicality. His immediate response was a resounding “yes.” However, as we began to unpack the terminology, examine the practical implications of discussing it as a preeminent cultural construct versus an abstract idea and thought more deeply about how we would actually define it, the idea of Christian Privilege became more amorphous.

Depends On Your Location

This conversation with my old professor came from observing the recent trending hashtag on Twitter #ChristianPrivilege. How it originated or who started the “conversation”—if we can call the de-evolved shouting on social media platforms that—is unclear, but what has become clear and obvious to virtually everyone is that the term “Christian Privilege” itself is contextually defined.

We can’t talk about so-called Christian Privilege until we establish where, when, who and under what circumstances we are alleging its existence and prevalence. For instance, it would be pretty insulting to talk about Christian Privilege for the people of North Korea, Eritrea, Pakistan, Somalia or Sudan. These are places where Christians are often beaten, killed or sexually assaulted if their religious identities are discovered. Conversely, Christians claiming similar persecution on the grounds of their faith in places like the United Kingdom, the Vatican or the United States of America might specify what they mean by privilege itself in the face of the consequences of their faith in the locales mentioned before. If you’re interested in mythological tales of Christian persecution, as opposed to the real ones available all over the world, I recommend this book by my friend Dr. Candida Moss. It’s a doozy.

Depends on What You Mean By ‘Privilege’

It might seem laborious to have to define terms so specifically and painstakingly when it comes of a simple Twitter hashtag, but it’s not hard to see the dysfunction inherent to chatting about things as emotionally charged as faith, belief and constructs of systemic cultural privileges. Most of the time, the participants in these chats become combatants because, like most other things taking similar adversarial turns, they’re not even talking about the same things.

While Christians are beheaded, crucified, killed for their faith, ridiculed, mocked, beaten, and shamed for worshiping God, people claim that we are somehow “Privileged”. Someone explain to me how the most persecuted people in the world are “privileged” #christianprivilege

These various misunderstandings, miscalibrations or lack of nuances lead us back full-circle, leaving us up a creek without a paddle. To avoid that kind of crisis as you read this article, let’s define what we mean by “Christian Privilege” for the sake of coherent and consistent thinking. Since I am an American, and RELEVANT’s readers are largely based in the continental United States, we’re going to refine the scope of the question: Does Christian Privilege exist in America?

Let’s refine our scope even further and narrow the range of possible misunderstanding. Taking the word “privilege,” as it’s defined in the dictionary, we now limit our discussion to those parameters.

Now that we’ve settled on “privilege” meaning an exclusive special right or advantage, let’s make a final incision to the still broad bulk of potential rabbit trails and apply this definition to refer to systemic privilege – meaning institutional at either a government, legal, or culturally predominant and normative level – in a way that advantages one group of people over others simply on the basis of their Christian identity. Our question and launching point for subsequent discussion is a bit clearer now. Does Christian Privilege, defined as the systemic inherent advantage to Christians solely on the basis of their faith, exist today in the United States of America?

It Depends On Your Skin Color

My assertion regarding this more refined inquiry is simple. So-called “Christian Privilege” is White Privilege operating under a different name.

Remember that Christian identity is impossible to visibly identify. There is no Christian physiology or mark of belonging. In fact, any mention of branding of any kind in a way that people can see, particularly if done on the forehead, would send many a dispensationalist into a cold-blooded frenzy. Unlike many global religions with theocratic institutions or faiths that weave intricately into personhood and national identity, Christian belief and adherence is virtually impossible to assume of anyone in a free society.

One major fault in the espoused parallel relationships between Christian Privilege and other systems of systemic inequality that disproportionately impact racial minorities, women and the LGBTQ+ community is that religious preference is scarcely, if ever, legal to request as a means of legitimizing documentation for state issued IDs, legal documents, marriage certificates, employment applications, etc.  The advantages for Christians under the Christian Privilege moniker, as I see them, in the United States are distinctly correlative and run parallel to advantages enjoyed by whit people—particularly white men—in the United States.

Some of them are as follows: the preference of national holidays on the grounds of religious observance with time off from work, no pressure to celebrate non-Christian holidays, the wearing of religious symbolism without being commonly characterized as odd or dangerous, the predominance of representation in lawmaking and governing bodies by those who share your faith, the ability to avoid having to speak on behalf of your faith or all Christians when one of your own goes bad, the dominance of Christian language in the historical roots of our society and the fundamental influence of Judeo-Christian imagery in the public square.

At face value, these items seem to punctuate the argument in favor of Christian Privilege existing as a visible, tangible construct in American society. However, most of these items don’t apply strictly to Christians. For those that do, try applying them to people of color. They don’t hold up quite as strong.

For example, Barack Obama has always claimed a vibrant and deep connection with God and a “born-again” theology that is distinctly Christian. He has never claimed any other faith. Despite this, Franklin Graham offered this: “He was born a Muslim. His father was a Muslim. Now, it’s obvious that the president has renounced the Prophet Muhammad and he has renounced Islam and he has accepted Jesus Christ. That’s what he says he has done. I cannot say that he hasn’t. So I just have to believe the president is what he has said.”

While many will point to all the American Presidents, who have essentially uniformly identified as Christians, as a means of highlighting Christian privilege—how many of them have been accused of being a Muslim without any legitimate grounds to identify them as such? Additionally, regarding people of color in America, let’s examine the responses to the popular white, male Christian athlete Tim Tebow kneeling during sporting events to that of Colin Kaepernick (who knelt for differing reasons, obviously, but see this Snopes.com article and ask yourself if White Christians started any rumors about Tim Tebow converting to radicalized, militant Islam after kneeling during an NFL game).

What do Christians from non-white neighborhoods inherit as a mere extension of their religious identities that white, non-Christian people do not? A theology of “privilege” might be a constructed belief for them, in that they inherit the Kingdom of God by means of divine grace once they’ve accepted Jesus into their hearts. Perhaps this is an advantage in some way, but I think it’s laughable to compare any so-called advantage of redemption or salvation through faith for non-white Christians to that of caucasian Christians, who have enjoyed all the systemic advantages that caucasian non-Christians have throughout United States history.

Where is this alleged Christian Privilege for people of color in America? Does it prevent the current administration from ending DACA? Has it stopped the anti-Mexican rhetoric from the White House? Has it made a difference or slowed the gunning down of young, unarmed black men who brandish mobile phones that officers mistook as firearms, resulting in six shots to the back? Community churches in Oakland, Sacramento, Brooklyn, Houston, Sanford, Florida; and Waller County, Texas grieve the loss of their friends, family, children and loved ones. I wonder how privileged they feel?

In the United States, during a time where some white Christians feel offended if and when Starbucks doesn’t give them the proper shout out on their holiday cups, it seems erroneous to refer to Christian Privilege in lieu of centering the conversation around White Privilege. Maybe Christian Privilege is more real than I’m giving it credit for, but I’m willing to bet that nearly every oppressive institution in America that enjoys these so-called inherent Christian advantages is a white one, too. Maybe that’s the real problem.

Gabe writes about faith and atheism. His first book "I Guess God Thinks I'm Gross" is due for release in 2019. He lives in San Francisco, CA and works at AirBnB.

Report: Concerned Evangelical Leaders Are Seeking a Meeting With Trump