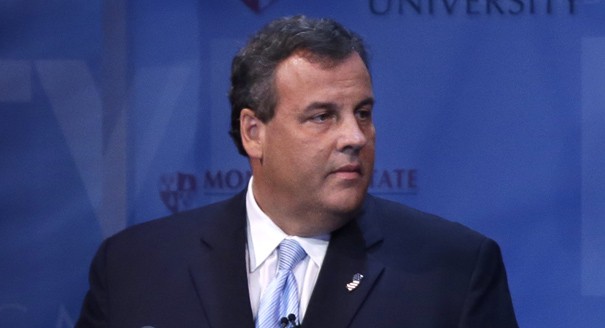 New Jersey Governor and generally well-liked Republican Chris Christie is under the gun today, following a report that his top aids forced controversial lane closures as revenge against Democratic Mayor Mark Sokolich, who refused to give Christie an endorsement. Several lanes were shut down on the New Jersey side of the George Washington Bridge, plunging the traffic in the mayor’s town into days of nightmarish gridlock. The Bergen Record acquired several emails and text messages from top Christie aids which say it was part of a retaliation plan. “Time for some traffic problems in Fort Lee,” Christie’s deputy chief of staff Bridget Anne Kelly emailed to Christie’s high school friend and Port Authority appointee, David Wildstein. Wildstein also engaged in this text conversation with an unidentified person, which has sort of a cartoon Disney villain flair to it:

Person: “Is it wrong that I am smiling?”
Wildstein: “No.”
Person: “I feel badly about the kids. I guess.”
Wildstein: “They are the children of Buono voters.”

According to NBC, “Buono” is the Democrat Christie defeated in last year’s race. For his part, Christie is saying that he was lied to and, as far as he knew, politics had nothing to do with shutting down the bridge …

Another Astronomical Waitress Tip, but a Much Better Story