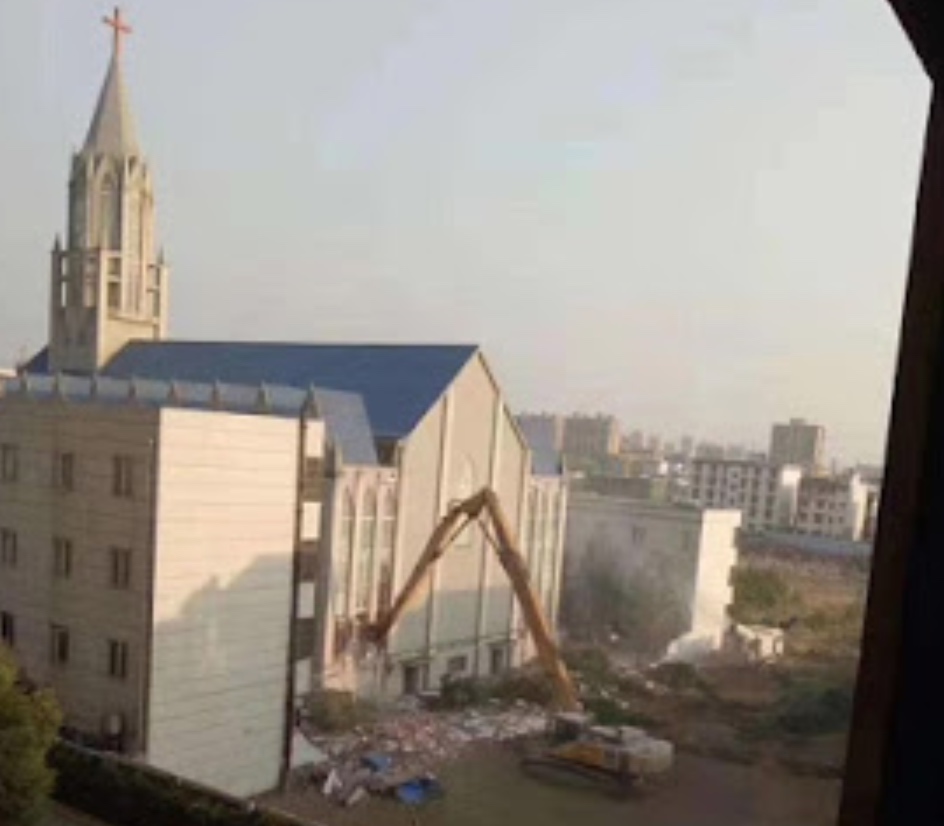 A disturbing new report from ChinaAid has been released, claiming that the Chinese government destroyed a 3,000-seat megachurch over the weekend. According to their reporting, the church was in the middle of a service when the construction equipment showed up and the demolition began, as the image above from ChinaAid shows.

ChinaAid is an organization that “exposes abuses in order to stand in solidarity with the persecuted and promote religious freedom, human rights, and rule of law,” according their official description.

Geng Yimin and Sun Yongyao, who are the church’s pastors, have now been detained because the government says that they suspect them of “gathering a crowd to disturb social order.”

Ironically, the church was a part of the country’s officially-sanctioned network, which technically operate legally in the country, but can be very closely regulated and monitored.

The demolition of churches in China has become an increasingly frequent occurrence, as the country’s official churches and unsanctioned “underground” churches continue to grow.

In a statement, ChinaAid President Bob Fu said, “This is yet another clear example showing the escalation of religious persecution today by the Chinese Communist regime. The total disregard of religious freedom’s protection as enshrined in the Communist Party’s own Constitution tells the whole world President Xi is determined to continue his war against the peaceful Christian faithful. This campaign will surely fail in the end.”

Kanye West: I’m an Evangelist. We’re Here to Save People From Eternal Damnation.