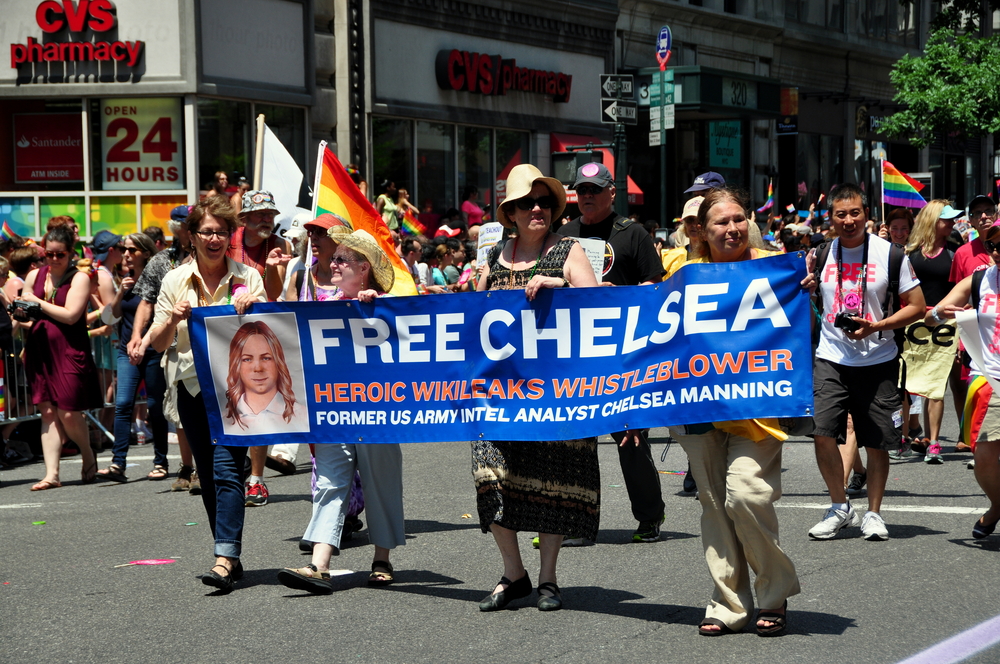 Chelsea Manning, the private first class officer who leaked hundreds of thousands of secret documents to Wikileaks back in 2010, has been released from prison. She was originally sentenced to 35 years in jail after being court-martialed, but her sentence was commuted by then-President Barack Obama.

In 2010, she went by Bradley Manning, and downloaded war-related materials onto CDs, which were then smuggled out. Shortly after she went to jail, Manning came out as transgender in a statement read by her attorney. She attempted suicide twice in prison, and went on hunger strike last year, protesting what she said were cruel and unfair prison conditions. She released a statement through the ACLU saying, “For the first time, I can see a future for myself as Chelsea … I can imagine surviving and living as the person who I am and can finally be in the outside world.”

Not everyone is as happy. Earlier this year, President Donald Trump tweeted, calling Manning an “Ungrateful TRAITOR” and saying that she “should never have been released from prison.”

This Is Why You Shouldn’t Trust the Government