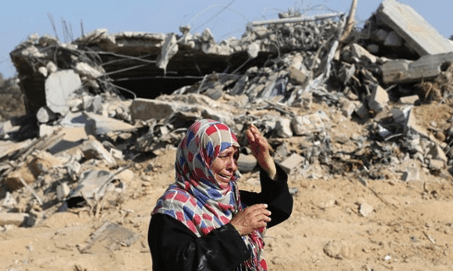 A planned 72-hour ceasefire between Israeli forces and Hamas militants in Gaza fell apart this morning—just a few hours in. At least 40 Gaza residents and five Israeli soldiers have died after an exchange of fire this morning. Both sides are blaming the other for the breakdown of the ceasefire, with Israel saying Hamas militants violated the deal by capturing an Israeli officer and killing two other soldiers.

The ceasefire, set up by U.S. Secretary of State John Kerry and U.N. Secretary General Ban Ki-moon, was an attempt to pave the way to a more lasting truce, but it appears the fighting may escalate after this incident. In the three weeks since Israel began its latest ground invasion in Gaza, it’s estimated that more than 1,450 Palestinians and 64 Israelis have died in the conflict.

What Christians Get Wrong About Discipleship

When All Your Friends Have Kids