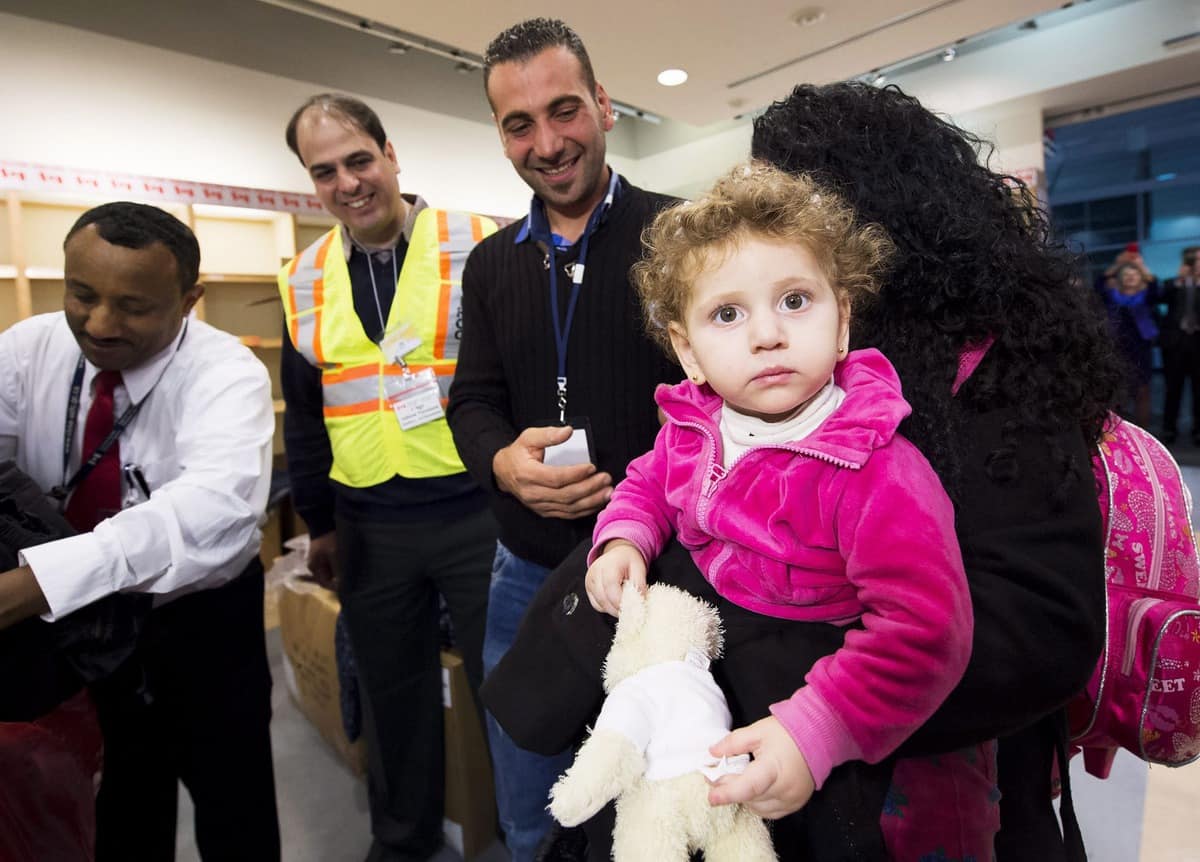 Last night, when a plane filed with Syrian refugees set to resettle in Canada landed, non other than Prime Minister Justin Trudeau was at the Toronto airport to welcome them. The flight that brought over 163 refugees is just the first of many in a plan to resettle 25,000 refugees in Canada by February. Pretty friendly, eh? In addition to warm welcomes, the refugees received winter clothes, toys and other kinds of necessities for the families. “This is a wonderful night, where we get to show not just a planeload of new Canadians what Canada is all about,” Trudeau said, “we get to show the world how to open our hearts and welcome in people who are fleeing extraordinarily difficult situations.”

Volunteers and government officials aren’t the only ones pitching in. Furniture maker IKEA has announced a plan to donate $180,000 in home furnishings to the new families. The first family to enter the reception center was Kevork Jamkossian, his wife, Georgina Zires, and their 1-year-old daughter Madeleine. They told Trudeau (through an interpreter), “We really would like to thank you for all this hospitality and the warm welcome. We felt ourselves at home. We suffered a lot. Now, we feel as if we got out of hell and we came to paradise.” You can watch the video of the refugees’ arrival

A second flight of Syrian refugees is expected to arrive in Toronto on Saturday.

Americans Are Losing Their Faith in God