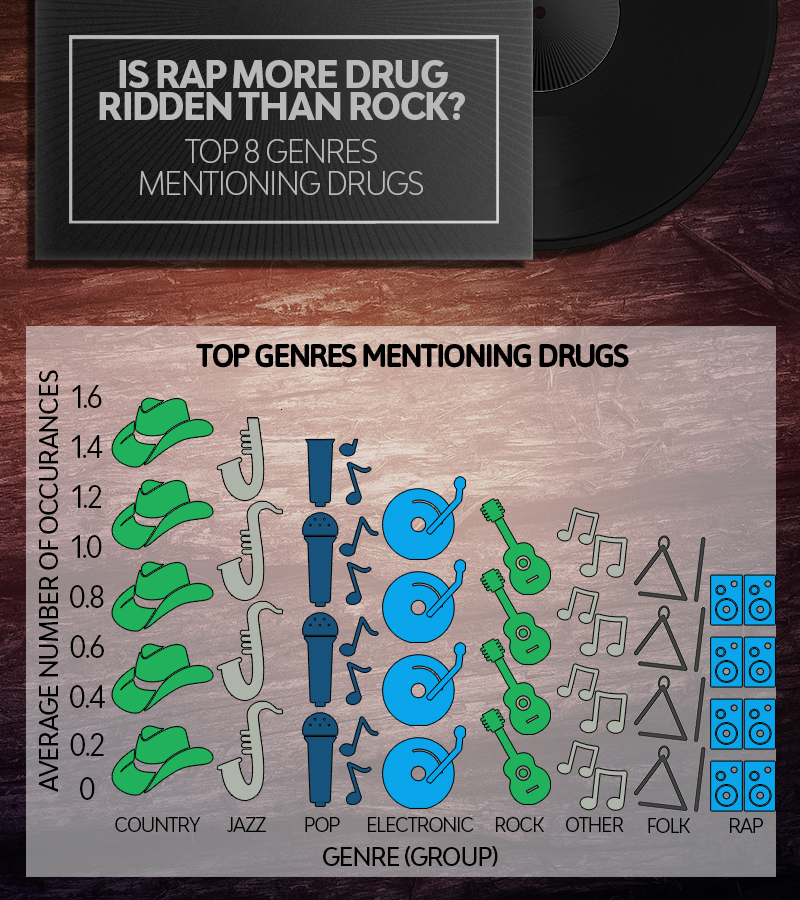 There’s a study out that looks at a number of drug references in music. We’re going to be honest: The data doesn’t exactly come from a mainstream journalistic source. But the results, if they’re reliable, are kind of surprising—and definitely go against stereotypes.

Using data collected from something called Songmeanings API, Addictions.com looked at drug references across genres. In addition to finding a striking increase in references, perhaps the most interesting finding is that hip-hop—contrary to popular conception—is not the most drug-laced music. In fact, of the generes included, it comes in with the least references to drugs.

Here’s what the write up from the site says:

Out of eight categories, country leads the way with a 1.6 percent occurrence on average, followed closely by jazz and pop music. Hip-hop actually falls in last place at less than 1.3 percent behind folk. …

CCM was not included in this study.