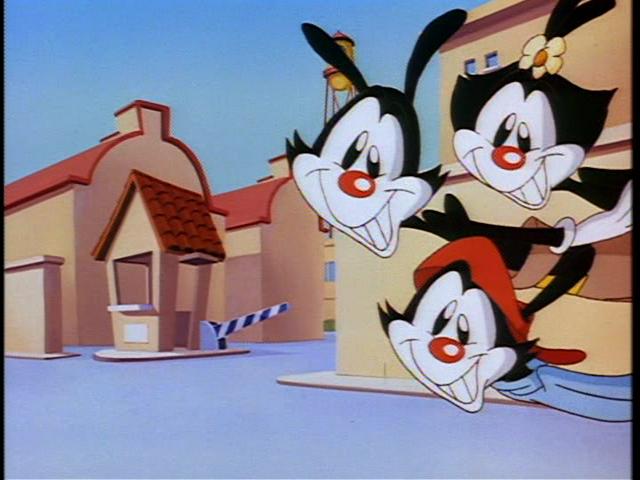 OK, for the most part, the whole ’90s pop culture revival is a big eye roll. But this, this is legitimately good news: Yakko, Wakko and Dot are coming back.

Yes, Amblin Television and Warner Bros. Animation are looking to reboot the ’90s cartoon, the Animaniacs which reports say will probably include original creator Steven Spielberg. The animated variety-style show aired from 1993 to 1998 on Fox Kids and then Kids’ WB, and spawned iconic segments like Pinky and the Brain and The Godfeather.  It won eight Daytime Emmy Awards and even a Peabody.

Animaniacs has received a boost in popularity lately after Netflix added the original last year. It’s too early to know where the show might land, but Indiewire suggests the (inexplicable) success of Fuller House on Netflix has to make the streaming service an ideal network.

Given that the cartoon is responsible for just about everything we know about geography and topical humor, we can’t help but be excited about this.

The United States Is Expected to Leave the Paris Climate Agreement