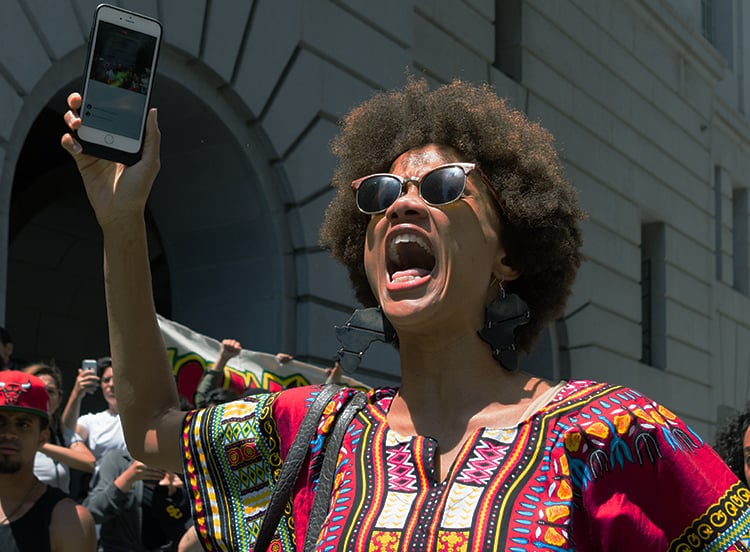 It seems like no matter where you turn these days, you run into countless stories of injustice, suffering, pain, war, famine and other atrocities that seem to be plaguing our world. Over the past several weeks, many of these injustices that are generally easy to avoid thinking about and dealing with, have become unavoidable. As a white, middle-class woman living in California, rarely have I faced real pain as a result of complex systems, and strongly held societal, cultural or political traditions and beliefs. I would guess that is a reality for many of us. We know it’s there, but we don’t bear the consequences of it, so it just becomes noise.

Recently, as I’ve allowed myself to engage with the pain of others, I can’t stop thinking about all the suffering. It all hit me as I drove down a quiet road last week. So much was floating around my mind, that I hadn’t even completed my normal routine of selecting the perfect playlist to drown myself out. Instead, I thought quietly about my place in all of this chaos, and how helpless I felt. I felt hot tears start to rush down my face, and the choking breathlessness of knowing that my voice is so small against the seemingly endless sea of hurt.

It felt like fire had swept over parts of me that I try my hardest to keep hidden. That the bliss of ignorance was a lie I’d believed for too long. I started to pray that God would change my perspective. That He would make the overwhelming seem small. That what looks like a rushing wave would become a puddle. That He would show me what to do to help and how to use my voice well.

Later in the week, I attended a funeral, and as the pastor spoke of mourning, he recited the verse, “but we do not mourn like those that have no hope.” While I’ve heard that verse countless times, it hit me so profoundly that day. That verse doesn’t just apply to us mourning death, but also as we carefully dance through the minefields that seem to be everywhere right now—exploding and injuring so many. While we don’t always understand how this story will wrap up in the end, we want to believe that God does not allow people to suffer in vain. That God’s intention for the world is restoration.

There is a tension, however, even for Christians, between the suffering world and a good God. I know in my own life, this tension has sometimes cause me to hesitate to express hope or the vastness of His love for us in an effort to avoid dismissing one’s experience or suffering. C.S. Lewis acknowledges this tension in his book The Problem of Pain:

The problem of reconciling human suffering with the existence of a God who loves, is only insoluble so long as we attach a trivial meaning to the word “love,” and look on things as if man were the centre of them. Man is not the centre. God does not exist for the sake of man. Man does not exist for his own sake. “Thou hast created all things, and for thy pleasure they are and were created.” We were made not primarily that we may love God (though we were made for that too) but that God may love us, that we may become objects in which the divine love may rest “well pleased.

It’s not until we have a firm grasp on the true love of God and learn to remind ourselves often that God’s love does not prevent us from suffering, that we can offer that hope to a hurting world in a way that also acknowledges that pain and suffering are real. Being dismissive of one’s experiences and feelings by using God’s love as a kind of muzzle to the expression of deep hurt, cheapens what real hope offers—which is believing someone’s story, but encouraging them that there are more chapters to go. That this isn’t the end.

God’s story has always been a story of restoration. A story that He has been writing since the days in the garden when humanity wrecked perfection. It’s impossible to flip through the pages He has been writing all these years without witnessing hope restored in dire situations. That encourages me to not lose sight of the fact that His story is still being written.

As Christians, we’re not meant to dwell in hopelessness, but we’re not meant to blind ourselves to the pain and suffering of others either. Instead, we package up our hope and carry it into the chips and cracks and broken spaces. Instead of letting the guilt of our lack of suffering leave us helpless, we give thanks for being unscathed, and show that gratefulness by climbing down into the trenches with the bloodied and binding up the wounds of the broken.

Much like the malignancy that seems to be spreading through our world, when a loved one is diagnosed with cancer, I know I can’t cure it. That doesn’t stop me from delivering a meal or driving them to a chemo appointment. If we allow ourselves to become overwhelmed with the magnitude of disease, then we become unable to do any good.

God speaks through the smallest of voices—even through ones that may not have the largest platforms or the broadest circle of influence. We all have the ability to stand up for the right thing and love people who are hurting. It would be foolish for any one of us to believe we can solve the world’s problems. It would be a waste of hope to let those problems paralyze us and prevent us from doing anything good.

Groceries Are Starting to Run Low in Houston. What Now?