A new study shines a light on the depths of delusion and wrongness in the heart of man, as YouGov has released a new study on just what members of the animal kingdom Americans think they could take on.

Of the 15 animals listed, rat came in last place, with 72 percent of Americans thinking they could take on a rat. Even that sounds a little optimistic, because rats are faster than you, can evade your attacks as long as they want and were responsible for a plague that wiped out one-third of Europe. 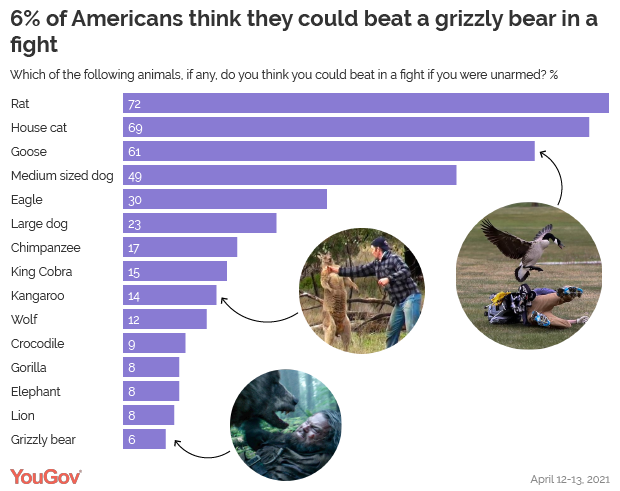 69 and 61 percent of Americans are confident they could take on a house cat and a goose, respectively. After that, most respondents started to lose confidence in their fighting abilities pretty quickly. A little less than half think they could take on a medium-sized dog, and only 30 percent think they could beat an eagle in a fight. Perhaps most Americans have enough respect for the noble eagle to take the L in that fight.

But it’s toward the bottom of the list where things start to get interesting again. Eight percent of Americans actually believe they could beat a gorilla, an elephant and a lion in a fight – almost certainly the same eight percent. These people are out of their gourds, obviously, since even the laziest elephant could win this fight on accident or perhaps even realizing a fight was going on.

And then six percent of Americans who’ve watched The Revenant too many times actually think they could win a fight with a grizzly bear. A grizzly bear! A male grizzly bear can weigh up to 1,700 pounds. What exactly are these guys thinking they’re going to do against a 1,700 grizzly bear? Put it in a headlock? “Go for the eyes,” probably. Guys are always talking about how they’re going to go for the eyes. Sure thing, fellas. Just jam your arm right up next to its mouth and put your fingers in its eyes. Make sure to get a video too, so we can all evaluate your crushing victory.

Surprisingly, the survey didn’t find much statistical difference between men and women toward the top of the scale. While men are quite a bit more confident about their ability to handle smaller animals than women are, they are equally deranged when it comes to grizzlies, lions and the like. Guess we’ve all been watching The Revenant too much. 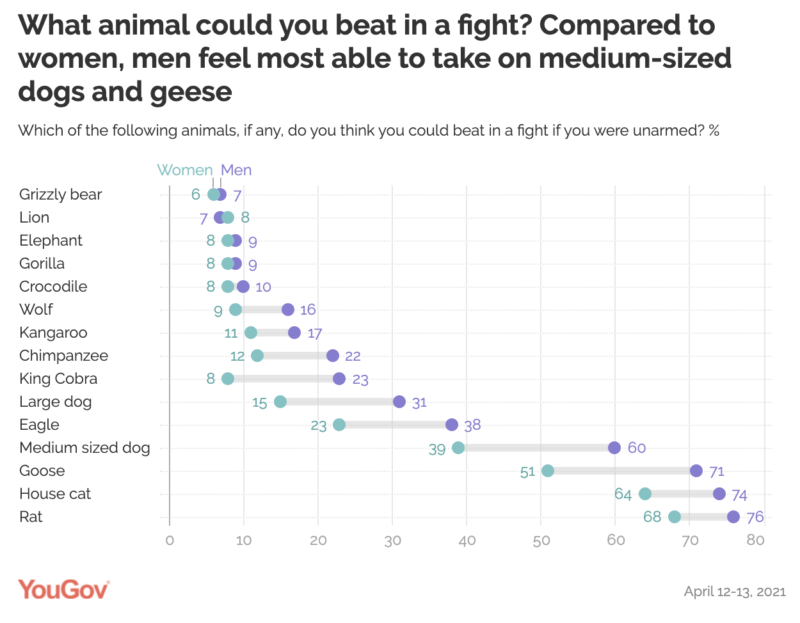 The survey also weighed which animals Americans figured would win in a Mortal Kombat-style animal fighting tournament, with elephants and rhinos coming out on top and geese falling in last place, just behind an “unarmed human.” 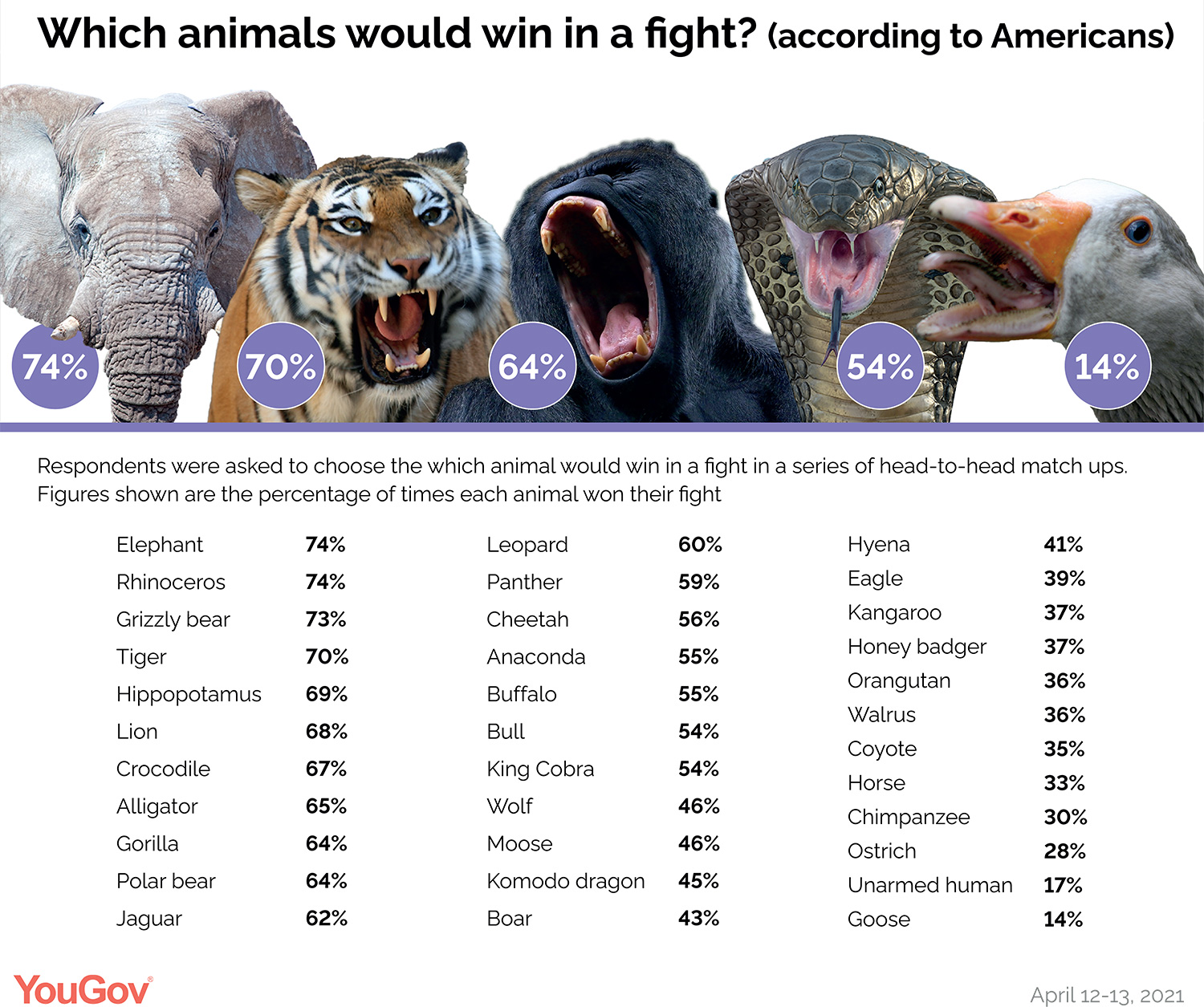 Now, some of you might argue that in the Bible, David is apparently able to take on both a lion and a bear when they attack his father’s flock. That’s true. But it’s also very clear that David was a once-per-generation type, which is a lot different than being an “upper six percent” type. Leave fighting off lions and bears to the pros, guys.