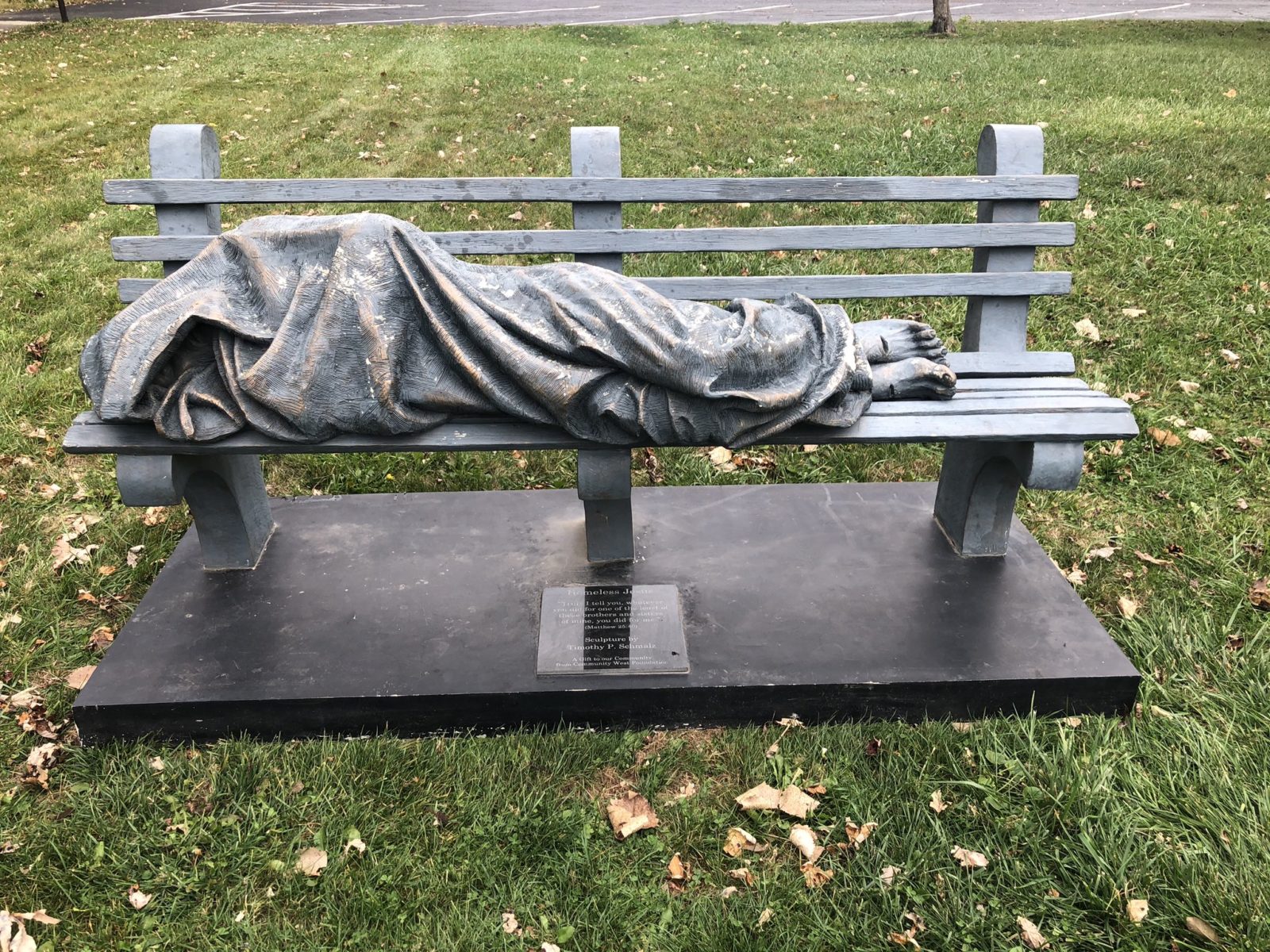 Trailer: In ‘The Kid Detective,’ Adam Brody Is an Encyclopedia Brown-Type All Grown Up

Today in “Extremely on the Nose,” a priest in a Cleveland suburb called Bay Village says that a new statue installed on the grounds of St. Barnabas Episcopal Church is having quite an impact. The statue is of Jesus sleeping on a park bench, illustrating his identification with the outcast and disenfranchised. It’s a beautiful sentiment and a very realistic statue. So realistic, in fact, that someone called 911 on it, according to Father Alex Martin.

If anyone wants to help, please use this link to give. Select "Homeless Jesus" and every penny raised will be used to feed, clothe, and house those in need. Hopefully some good will come from all this. Thank you. https://t.co/Llhzw4n9oQ

Fortunately, Martin told The Cleveland Scene that the officer sent to check it out figured out what had happened. Additionally, if the statue had been a real person, Bay City Police Chief Kathy Leasure assured the Scene that they would have been well taken care of. An officer checking on a homeless person in Bay City is told to make sure the person isn’t in any medical distress and can even help facilitate a free night of stay at a local hotel, or just leave them alone if the person doesn’t want or need any help.

Martin confirmed that, in a roundabout way, the 911 call illustrates the point of the statue.

“[The sculpture] reminds us that, even though homelessness is a not a significant problem in our immediate neighborhood, we don’t have to drive far to find those in tremendous need,” Martin wrote in an email to the Scene. “Perhaps the statue will inspire those who see it to take action and help… Seeing Jesus depicted this way reminds us that Jesus identified with the outcast and marginalized in his own day. He spent much of his time with tax collectors and prostitutes, largely to the chagrin of polite society.”

2020 Watch: Researchers Have Found Signs of ‘Possible’ Life on Venus

Careful: CDC Says to Stay Away from Romaine Lettuce This Thanksgiving Due to E. Coli Outbreak