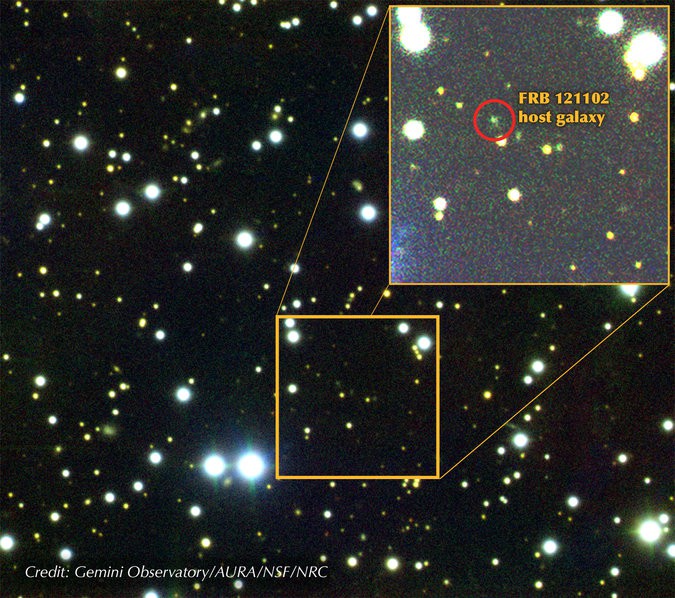 According to The New York Times, astronomers have traced some type of Death Star that is suspected to be three billion (with a “b”) light-years away. OK, so it’s less of a Death Star and more of what actual scientists are calling “fast radio bursts.”

Dr. Shami Chatterjee, a Cornell astronomer, explained to the Times that these bursts are caused by radio waves which create “intense pulses of radiation from the sky lasting only a few milliseconds.”

So is a Death Star explosion really happening in parallel universe? Probably not.

Chatterjee said of the radio bursts, “We’ve joked about spaceship battles and death stars blowing up, but we think we can explain it with ordinary physics.”

He told the Times:

“The bursts could be caused by weird reactions between a neutron star—the dense spinning magnet left behind by a supernova explosion—and the debris from that explosion. Or perhaps from some unexpected quirk of a supermassive black hole in the center of the galaxy, a dwarf assemblage of stars some three billion light-years away in the constellation Auriga.”

These bursts have been difficult to study since their shortly lived flashes were never more than a singular occurrence, but that all changed in 2012 when a burst known as 121102 repeated itself.

This prompted findings from the Very Large Array, one of the world’s premier astronomical radio observatories, and Arecibo radio telescope in Puerto Rico. In 2016, the two groups recorded nine of these bursts taking place over the span of 83 hours within a six-month time frame.

Apparently, the repetition of bursts is a good thing. Chatterjee said, “We definitely know, for this one case anyway, the radio burst is not cataclysmic.”

Since then, a couple other groups of astronomers have kept their eyes on the burst and one was even able to pinpoint the exact location. From there, Shriharsh Tendulkar, an astronomer, and his colleagues were able to measure its distance and confirmed once and for all that these bursts are three billion light-years away.

Chatterjee seemed puzzled that there aren’t closer, brighter bursts saturating our radio receivers. Why is it that the only burst repeating itself is from three billion light-years away? A galaxy far, far away might be out there, but at this point, the astronomer is left with more questions than answers.