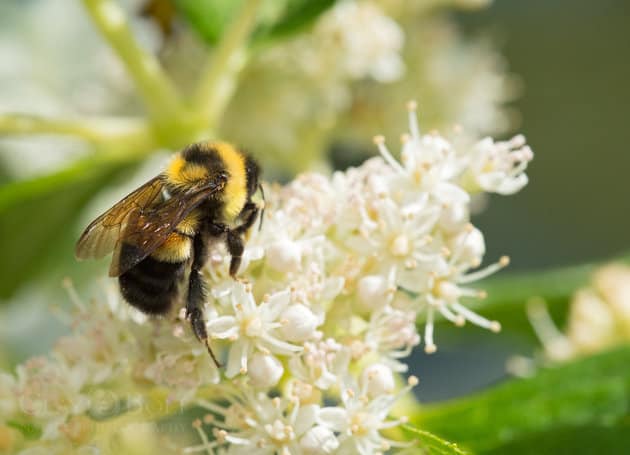 Federal officials have recently added the North American bumblebee to the list of endangered species, making it the first species in the continental U.S. to make the list.

The bumblebee historically lived across more than half of the United States and some of Canada, but since 2000, can only be found throughout 13 states and one Canadian province, according to the Huffington Post. That equates to a 90 percent reduction in 20 years, according to the Natural Resources Defense Council.

Scientists blame the rapid decrease in numbers to disease, climate change, over-farming of lands and the general destruction of grasslands, which is their native habitat.

Adding the bees to the endangered list allows them to receive protections that could possibly save the species from extinction.

Officials have evaluated the pollination work by bees as being worth about $3 billion a year as they pollinate blueberries, cranberries, tomatoes and other crops.

“Today’s endangered species listing is the best—and probably last—hope for the recovery of the rusty patched bumblebee,” Rebecca Riley of the Natural Resources Defense Council told HuffPost. “Bumblebees are dying off, vanishing from our farms, gardens and parks, where they were once found in great numbers.”