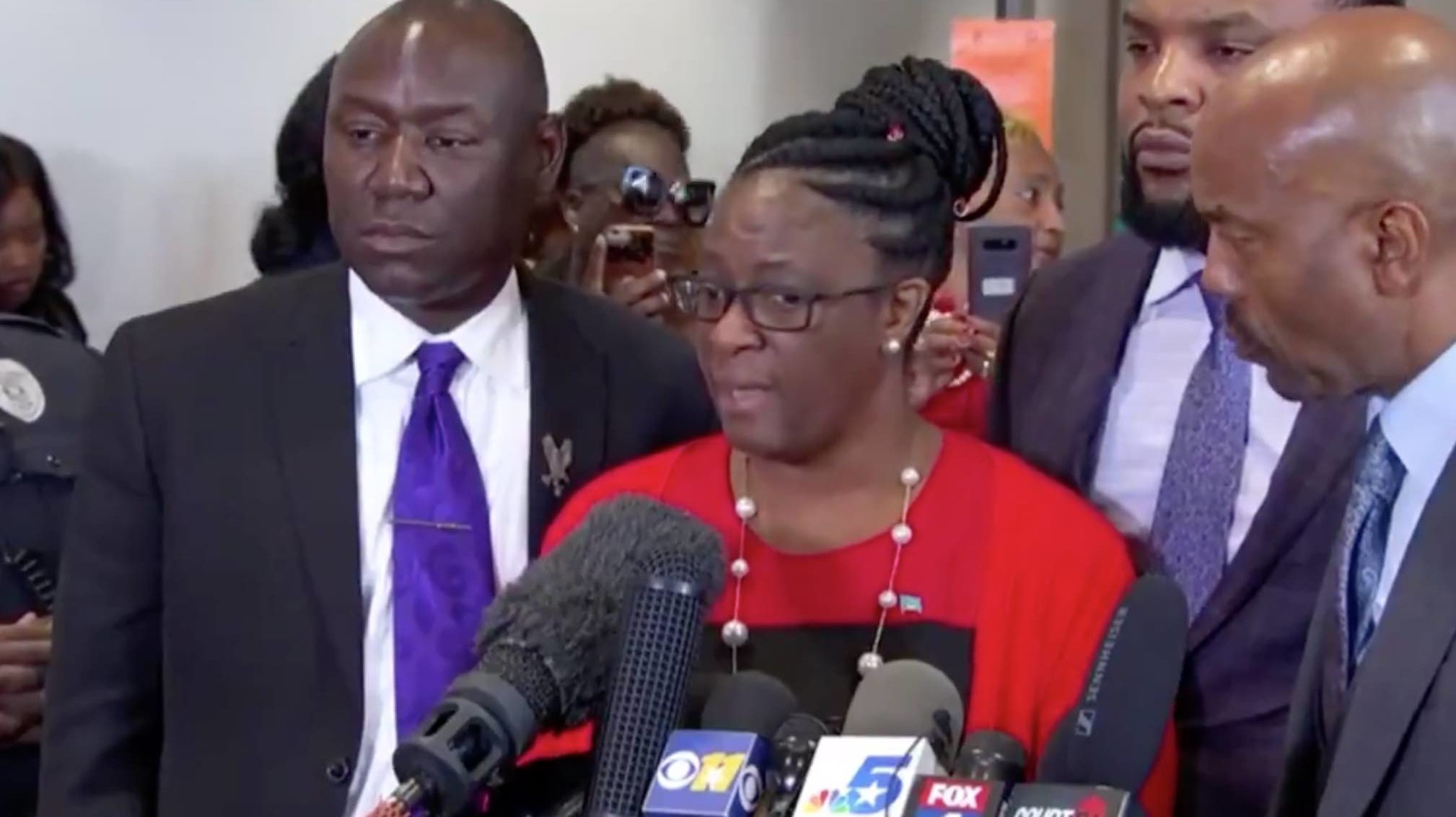 After the sentencing of Amber Guyger for the murder of her neighbor Botham Jean, Jean’s mother addressed the press, calling for an end to corruption.

Jean was at home watching television when Guyger, then a police officer, says she mistakingly entered his apartment. Within in moments, Guyger shot and killed Botham Jean.

Yesterday, Guyger was sentenced to 10 years in prison for his murder. However, in the weeks following the murder, the special treatment Guyger received was revealed, including it taking three days for her to be arrested.  She was also permitted to talk with friends after the murder, who had visited the scene of the crime. It was also revealed that Guyger didn’t even use proper CPR in the moments after the shooting. Guyger had also sent racist texts to fellow officers.

Following the sentencing, Botham’s mother called for an end to corruption.

At the sentencing, Botham’s younger brother forgave and hugged Guyger in a powerful display of Christian mercy but, as several activists have noted, the act of kindness shouldn’t negate calls for justice and reform.

Botham Jean’s Brother to Murderer: I Forgive You … Give Your Life to Christ