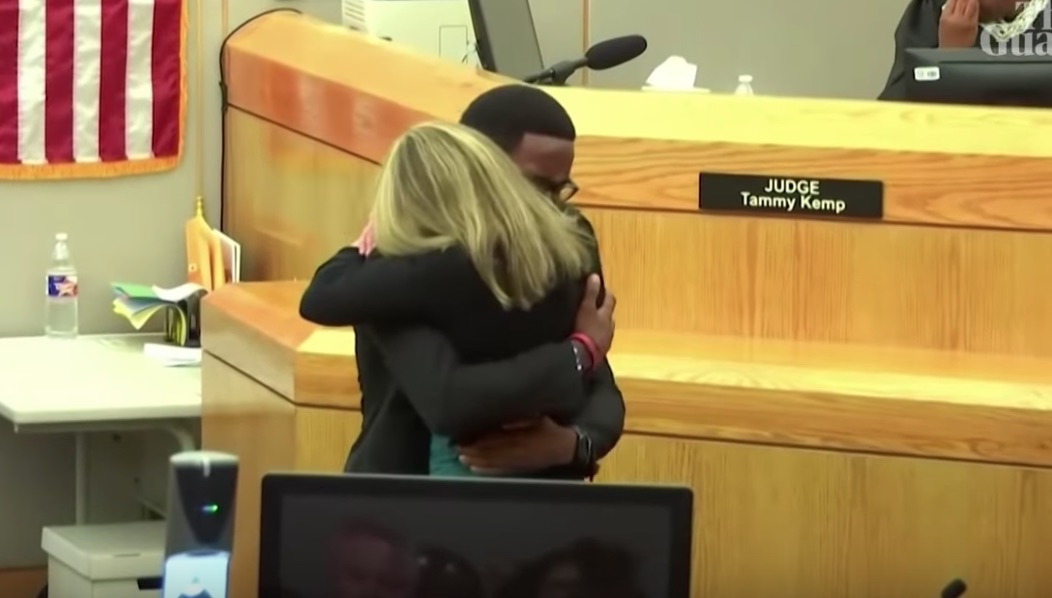 This week, former police officer Amber Guyger was sentenced to 10 years in prison for the murder of her neighbor Botham Jean.

Jean was at home by himself when Guyger entered his apartment by mistake, and shot and killed him. He was just 26 years old. Yesterday, after the sentencing, Botham’s younger brother Brandt addressed the court, and delivered a powerful message to Guyger.

Saying that he was only speaking for himself, Brandt told Guyger, “I forgive you, and I know if you go to God and ask him, he will forgive you. I’m speaking for myself, not my family, but I love you just like anyone else.” He then said that he didn’t want Guyger to go to prison, wished her only the best and asked her to give her life to Christ.

Brandt then nervously asked the judge if he could give Guyger a hug. As you can see in the video below, Guyger and those in the courtroom burst into tears at the gesture of kindness.

Watch the Trailer for the Film About the 1996 Atlanta Bombing, Directed by Clint Eastwood