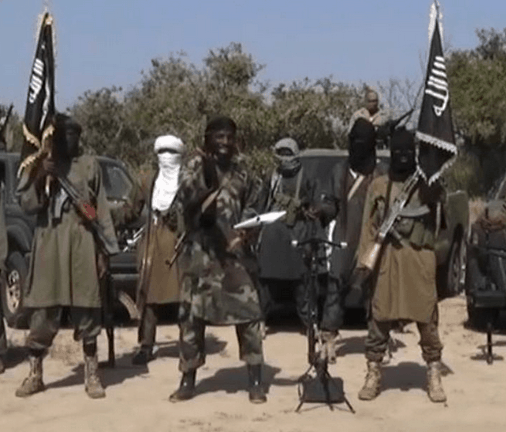 Nearly 200 people were killed in Nigeria this weekend, as the radical Islamic terrorist group Boko Haram unleashed a series of bombings and shootings in the country. A mosque and a church were among the targets. In some of the attacks, dozens of Boko Haram terrorists raided villages, pulled people from their homes, indiscriminately murdered them and burned down houses. A witness recounted the horrifying details to a reporter for AFP:

Some residents who hid in trees saw them planting the mines and alerted us when we returned to the village and started burying our dead. So many dead bodies are still in Kukawa lying unattended. We had to abandon them because we could not carry them with us.

In one of the attacks, the suicide bomber appeared to be a young girl. Boko Haram is known for abducting school girls, systematically raping them and, in some cases, forcing them to become suicide bombers. An attack and mass abduction on a school in Chibok last year sparked international outrage and led to the #BringBackOurGirls campaign. A recent report from Amnesty International found that the radical Islamic group—which has pledged allegiance to ISIS—has killed more than 17,000 people since 2009.

Laurence Fishburne Will Star in the Upcoming ‘Roots’ Remake