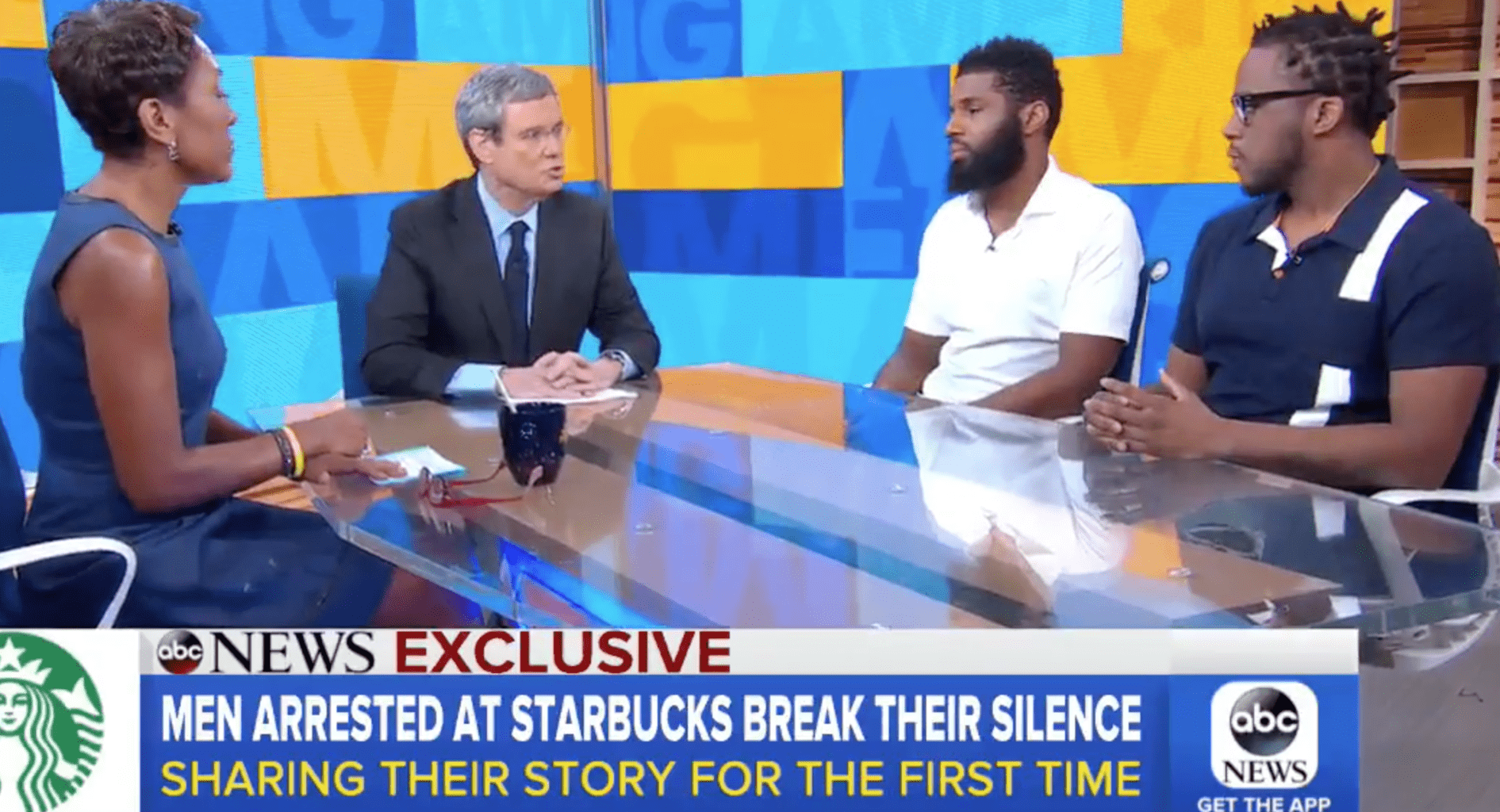 Rashon Nelson and Donte Robinson, the two black men arrested at a Starbucks in Philadelphia, recently visited Good Morning America, and spoke about the incident.

As they explain in the video below, they arrived at a Starbucks for a business meeting, and were arrested for trespassing moments later after a manager called 911.

Starbucks has since apologized, and admitted that they were at fault.

In the interview, they explained, “This is something that has been going on for years and everyone’s blind to it, but they know what’s going on.” They said, “I want to make sure this situation doesn’t happen again.”

They also said they want to inspire others to stand up to racism, and for true change to take place.

FULL INTERVIEW: "This is something that has been going on for years…everyone is blind to it."

Rashon Nelson & Donte Robinson, the 2 black men arrested at a Starbucks in Philadelphia, speak out exclusively to @RobinRoberts: https://t.co/bIBmMGlwWN pic.twitter.com/IZekmHrWw2