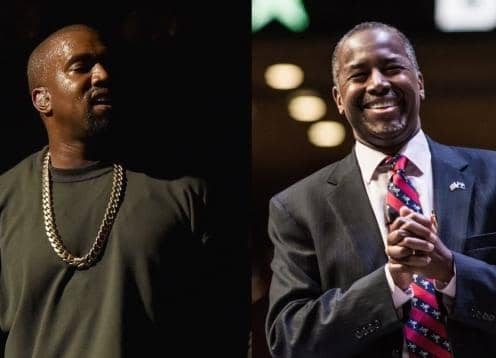 We already know Kanye West is running for president in 2020, obviously. Well, in an interview with Vanity Fair, future candidate Ye expressed some kind words for current presidential candidate Ben Carson, calling him “the most brilliant guy.” And yesterday, Carson told ABC’s “This Week” he thinks the two could work together for the betterment of society. The Republican said:

Well, I did have an opportunity to talk with him. I was extremely impressed with his business acumen. He knows a lot about business. And, you know, I talked to him about the possibility of him and maybe himself and some of the other people in the pop culture doing some music that might be uplifting, that might give young women a sense of their value and young men a sense of responsibility. I think it could be a tremendous thing in our society.

3 Reasons to Shed ‘Us vs. Them’ Politics