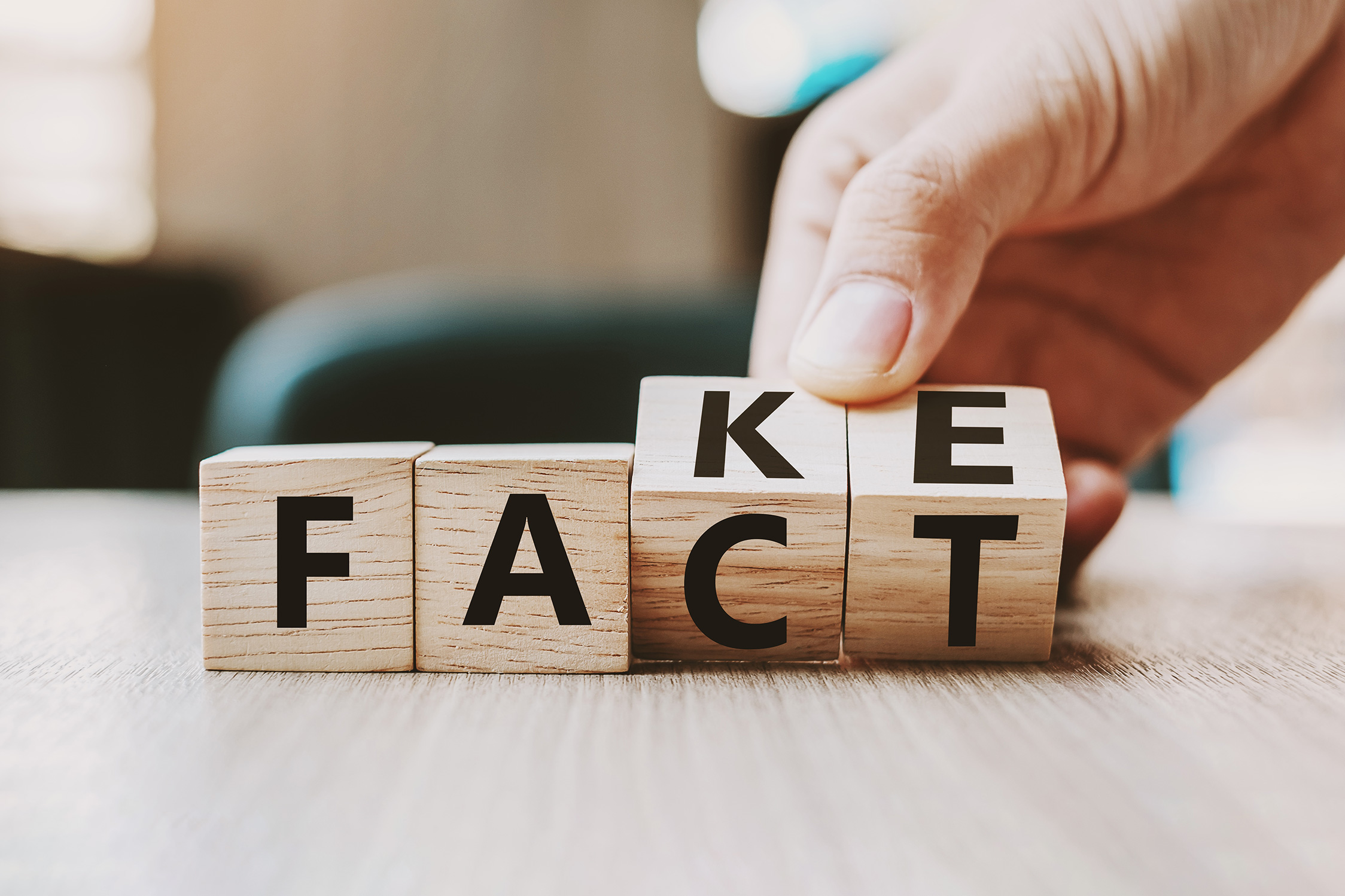 Truth is a big deal.

These are the things you shall do:
Speak each man the truth to his neighbor; Give judgment in your gates for truth, justice, and peace;

Let none of you think evil in your heart against your neighbor;
And do not love a false oath.
For all these are things that I hate.

Jesus hates lies, so much so that He defines Himself as “the truth.” And He calls the devil, “the father of lies.”

Lying is a uniquely dangerous sin, because it is a double-edged sword: On one side of the blade is the person who is knowingly attempting to deceive people; and on the other, are people who hear and believe the lie—separating themselves from the truth.

That’s why “fake news” is such a problem.

When someone shares a bogus headline (even if they think it’s true), they are cutting with both sides of the blade. They become both the victim and liar at the same time.

In 2016, President Barack Obama told Rolling Stone that fake and/or erroneous news represents one of the biggest challenges facing the United States:

People are no longer talking to each other; they’re just occupying their different spheres. And in an internet era where we still value a free press and we don’t want censorship of the internet, that’s a hard problem to solve.

The issue has only gotten more pronounced over the last four years, with government leaders throwing the results of this year’s election into doubt with no proof and spreading misinformation about the viability of COVID numbers and vaccinations

The issue of blatantly false (or at least extremely embellished) news stories has gotten so bad, that researchers at Stanford’s Graduate School of Education call it “a threat to democracy” after a “dismaying” study found that most American students can’t tell the difference between which headlines are real and which ones are fake.

There was a time in American media when people trusted what they read in the news. After all, why would newspapers just make stuff up?

But, with the proliferation of the Internet, things have changed. Social media allows any user to form their own distribution networks comprised of friends and family who will see the things they post and share. Unlike traditional media—like TV, radio and print—the barrier of entry to “publishing” and “broadcasting” news is extremely low. Anyone can set up a website (that looks like a legitimate journalistic operation), and say whatever he or she wants.

In previous eras of modern media, it was on the shoulders of trained editors and journalists to filter fact from fiction. But at a time when audiences selectively choose who to follow and what links to click—and which ones to share—that’s changing.

Like it or not, we now all have the responsibility to vet the information we share. Or, even if it’s unintentional, we can become complicit in a lie.

Everyone should be concerned about truth, but Christians have a unique responsibility. We are called to embody truth and to repudiate lies. This is what God tells us He desires: “Lying lips are an abomination to the Lord, But those who deal truthfully are His delight” (Proverbs 12).

Jesus understood that standing up for truth in a world deceived by lies wouldn’t be easy. But just because it is can be difficult to differentiate fact from fiction, we don’t get a pass. No, Jesus warned us that we needed to be wise in the face of deception. Before sending out His disciples, He told them to “be wise as serpents and harmless as doves.”

If Christians take these commands seriously, we can help stop America’s disease of fake news.

Before just clicking “share,” look at the source of the content. Is it a trusted source? Does the story seem too sensational to be true? If you Google it, do other (trustworthy) outlets confirm it? Is there an obvious bias to information that distorts it to the point where it’s no longer true?

Before clicking share on a headline, remember that we’re not only called to only speak truth, we’re also called to be as wise as serpents when it comes to reading the news—and sharing the truth.