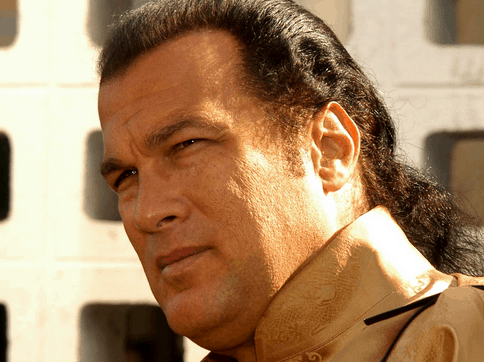 Actor, jump kick guru, electric guitar master, reality TV star and volunteer posse-trainer Steven Seagal may finally be bringing his brand of cold hard justice to politics. The 61-year-old pony-tailed, straight-to-DVD star announced that he is considering joining the ranks of former ‘80s action heroes-turned governors Jesse Ventura and Arnold Schwarzenegger by entering the race to become the next governor of the great state of Arizona. Seagal made the proclamation—thus, immediately giving hope to the currently-Seagal leaderless people of The Grand Canyon State—while promoting his latest reality show, Steven Seagal, Lawman: Maricopa County.

For his recent law enforcement-themed reality show, Seagal, one of American history’s great ninja heroes, teamed with the self-proclaimed toughest sheriff in America Joe Arpaio and 3,000 other unpaid, volunteer members of a posse that patrols the desert, basically just looking for trouble. For any criminals, outlaws or knife-wielding super villains reading, here’s a little word to the wise: It’s time to get the heck out of Dodge, because there’s about to be a new governor in town and this one only has one agenda: bringing the pain. Obviously, should he decide to enter the race, he’d easily win, so the other candidates should probably just do themselves a favor and save whatever shreds of dignity they still have after being overshadowed by the greatness of a legend, by withdrawing from the race and preemptively begging for mercy for even considering opposing Steven Seagal …