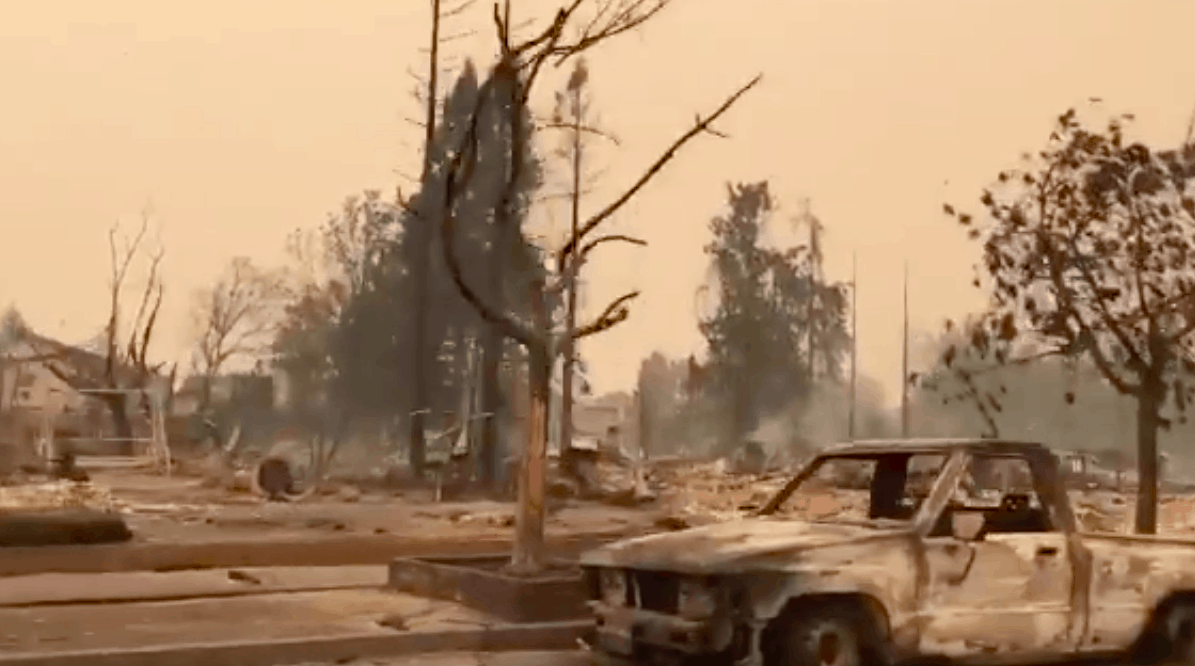 California Governor Edmund Brown Jr. has declared a state of emergency as wildfires rip through the state, leaving at least eleven people dead and 1,500 homes and businesses destroyed so far. An estimated 20,000 people have been evacuated from their homes, and at least 100 are still missing, according to officials on CBS.

“We live in the valley, where it’s concrete and strip malls and hotels and supermarkets,”Santa Rosa resident Jeff Okrepkie told a reporter. “The last thing you think is a forest fire is going to come and wipe us out.” But that’s what happened, as Okrepkie received word that his house had been reduced to a smoldering pile of embers.

There’s no words to describe the destruction of the #tubbsfire. Many families are coming home to find… this. pic.twitter.com/8BSizmUlAP

Comcast is opening up free wifi hotspots so that the affected can contact loved ones and check in on their homes and belongings.

If you live in the area, the Red Cross is looking for volunteers to help with the evacuees. Click here to sign up. And if you don’t live in the area but would still like to help, you can donate here.

There are reports that shelters are short on bedding for evacuees. You can see a list of them here.

Animal shelters are overflowing with lost or abandoned pets. You can donate money or supplies here and, if you live in the area, offer to foster an animal.