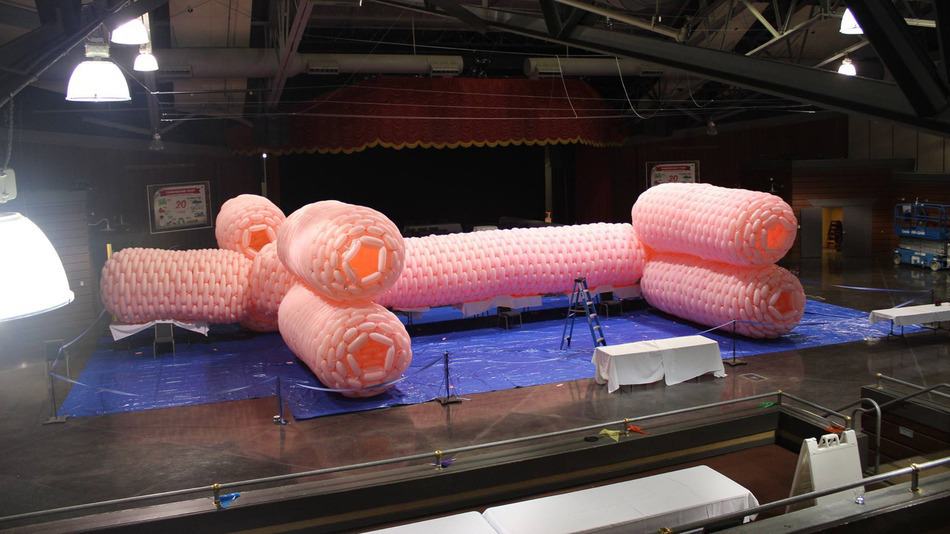 A guy named Jeremy Telford created a 65-foot-long, 35-foot-high balloon animal because, after all, this is a free country. It took him four days to build the world’s most iconic balloon creation: the wiener dog. The massive latex dachshund includes 8,867 balloons and weighs about 180 pounds. And, really, it’s awesome.

3 Ways to Answer Your Christian-Critical Friends