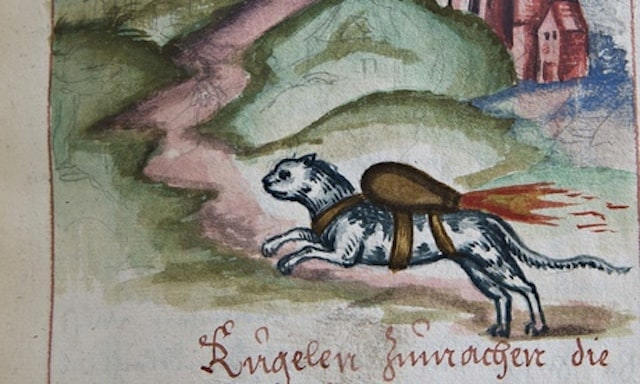 Crimean Public to Vote on Becoming a Part of Russia

Where to begin with this one. Obviously, the backstory can hardly add anything to this perfect 1530 drawing of a cat wearing a jetpack.

For those of you who want to erase mystery and magic from the world, the story is actually pretty good. A German prince asked for some ideas on how to quell an uprising in his kingdom. A particularly novel artillery man and artist named Franz Helm proposed the idea of cats wearing jetpacks. His actual idea was to attach packets of fire onto cats and hope they’d run off to the enemy villages and set everything on fire. All told, Helm’s idea is probably worse than giving cats jetpacks (why would they run to enemy villages?) but you have to give him a few points for ingenuity and a lot of points for the drawing.

Crimean Public to Vote on Becoming a Part of Russia