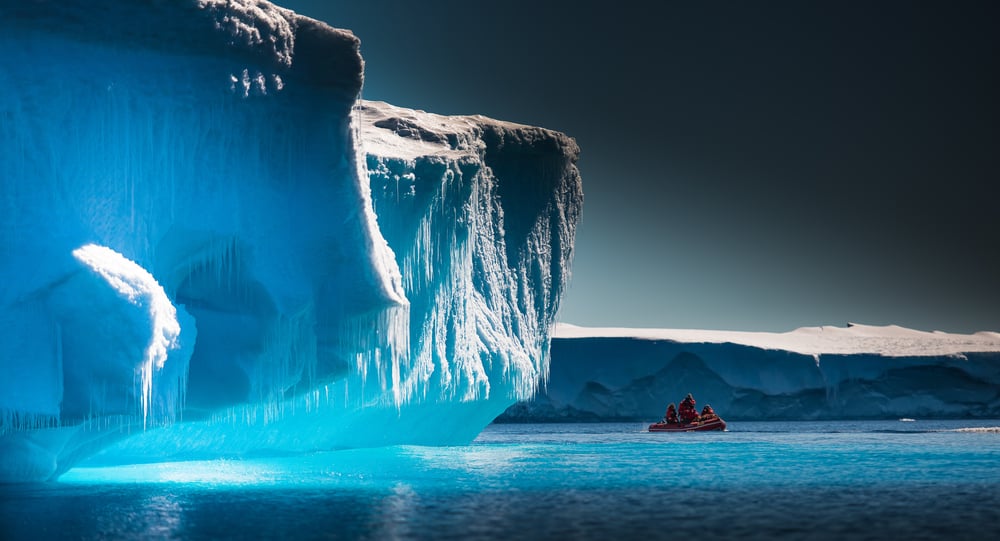 It’s hard to comprehend something the size of a state that’s not, you know, an actual state. But we’re going to have to try because there is one in existence now. A U.K.-based Antarctic research project called Project MIDAS monitoring the effects of climate change on an ice shelf called Larsen C announced that a vast rift in the rapidly warming pole has split entirely and created a brand new iceberg—the third largest in the world.

It’s 2,300 square miles and about 650 feet thick so, at this point, it might as well be a new country (one that has the misfortune of being born into an increasingly hot world in which it will most likely melt into seawater in a matter of decades).

The break-off is a process scientists call “calving” and it was detected by NASA. “The calving occurred sometime between Monday 10th July 2017 and Wednesday 12th July 2017, when a 5,800 square km section of Larsen C finally broke away,” said Project MIDAS in a blog post. “The iceberg, which is likely to be named A68, weighs more than a trillion tons. Its volume is twice that of Lake Erie, one of the Great Lakes.”

Close-up of #Sentinel1 Larsen C interferogram – rift branches in all directions. See also: https://t.co/dCZI9Tegtz. Not one clean berg then! pic.twitter.com/sxsCQFZsli

The crack was first detected in 2011, and the folks at MIDAS have been monitoring it ever since. Although MIDAS is studying climate change’s effect on Antartica, they said they weren’t sure whether or not global warming was actually the culprit in this particular calving (although they said it does leave the ice shelf in a “vulnerable position.”)

“This is the furthest back that the ice front has been in recorded history,”said Dr. Martin O’Leary, a glaciologist and a member of the Project MIDAS team “We’re going to be watching very carefully for signs that the rest of the shelf is becoming unstable.”

‘The Pilgrim’s Progress’ Is Being Made Into a New Movie