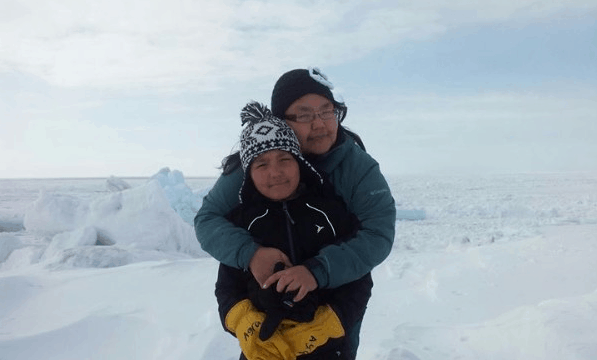 An interesting story reported by High Country News highlights the sharp rift between environmental protection groups and communities who rely on hunting and fishing to survive. Chris Apassingok is a 16-year-old teenager living in the Siberian Yupik village of Gambell on St. Lawrence Island on the northwest edge of Alaska.

Gambell is isolated from much of the world, and depends on whale meat to offset the huge cost of importing food that far north. Apassingok pulled off the impressive feat of leading a whale hunt at a young age, and managed to kill one that would help feed a town struggling below the federal poverty line. It was a good enough story that a radio station in Nome picked it up, and then Alaska Dispatch News—the state’s largest paper—shared this headline: “Gambell Teenager Leads Successful Whale Hunt, Brings Home 57-Foot Bowhead.

That’s when Paul Watson, the founder of an environmental protection agency called Sea Shepherd, heard the story. You might be familiar with Watson and Sea Shepherd if you watched Whale Wars, the short-lived but well-watched Animal Planet show, in which Sea Shepherd would take to the high seas to confront Japanese whalers. Watson posted the story on Facebook with a lengthy, profanity-ridden post decrying Apassingok.

WTF, You 16-Year Old Murdering Little B******d! …some 16-year old kid is a frigging ‘hero’ for snuffing out the life of this unique self aware, intelligent, social, sentient being, but hey, it’s okay because murdering whales is a part of his culture, part of his tradition. … I don’t give a d*** for the bulls**t politically correct attitude that certain groups of people have a ‘right’ to murder a whale.

Watson’s original Facebook post was reported enough times that it was eventually removed, though he wrote another post doubling down on his beliefs and refusing to apologize. And according to experts, this highlights a difficult division between environmental groups—many of whom may be well-meaning—and the communities who still need to hunt to survive.

“The NGOs we deal with are ideologically driven; this is what they do, they save stuff. The collateral damage to communities doesn’t factor into their thinking,” said Jessica Lefevre, an attorney for the whaling commission based in Washington, D.C.  “To get them to understand there are people on this planet who remain embedded in the natural world, culturally and by physical and economic necessity, is extremely difficult.”

Apassingok’s grandfather, who lives down the street from his grandson, agrees, as he told the reporter. “These people do not understand and know our need for food over here,” he said. “Like the rest of Americans need to have a chicken and a cow to eat out there from a farm, we need our whale and seal and walrus. Makes us healthy and live long.”

A Gofundme has been started to help Apassingok’s family. You can donate to it here.

The Next Show From the ‘Game of Thrones’ Creators Sounds, uh, Interesting