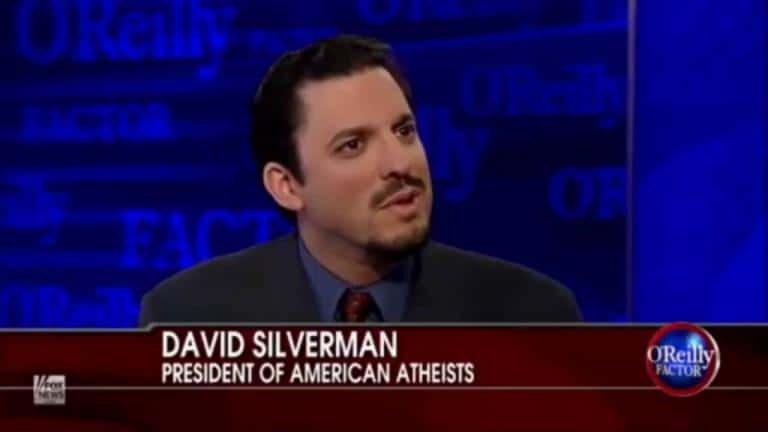 On Tuesday, a non-profit organization that advocates for the complete separation of church and state, as well as civil liberties for atheists in the U.S., announced that they are suspending president David Silverman.

The organization is tight-lipped about the reasons for Silverman’s suspension.

From Hemant Metha at Patheos:

Silverman has been the President of American Atheists since 2010, and has been employed by the group since 2004 when he became their National Spokesperson. For a few years, when atheist billboards were making headlines across the country, Silverman made several appearances on FOX News, one of which was forever immortalized in a meme. He’s also the author of the book Fighting God: An Atheist Manifesto for a Religious World in which he made his case for “firebrand” activism.

Give his public presence over the past decade, Silverman is arguably the highest profile atheist currently running an atheist organization.