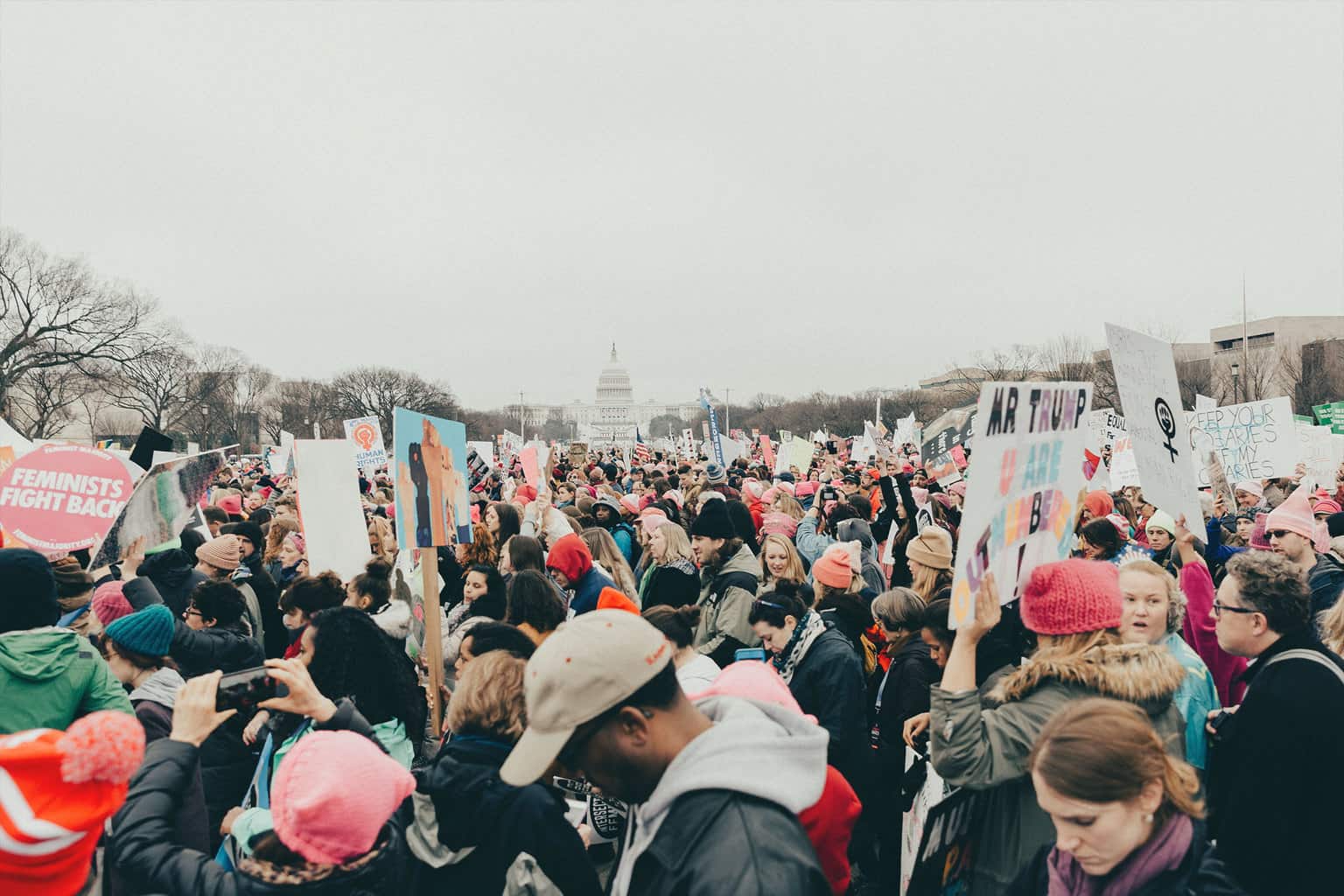 For many people, justice is a synonym for politics. In that case, justice is the work of professionals: police officers, lawyers, and judges. While framing justice in political terms is fair, it is incomplete by itself. Justice is deeper than policy. Justice is ultimately about relationships. I learned that from an ex-girlfriend.

Sometimes, I would walk away from a defunct conversation about mass incarceration or police brutality feeling like the exchange was eerily familiar, then suddenly remember an argument I’d had with an ex, or chapter I read from a relationship book, or a lesson from a couples counseling session where the same dynamics were present and essential.

So the more I reflect on the seemingly impossible prospect of having productive conversations about justice in these divisive times, the more I am convinced that the heart of the matter is not just our knowledge of how social systems work (or lack thereof) or our level of involvement in local politics (although those things matter). Our capacity for productive conversations about justice are directly connected to the skills we possess (or lack) for healthy interpersonal relationships. This is because the justice involves the same principles and dynamics as interpersonal relationships but applies them to groups of people and magnifies them times a million.

Since justice is deeply relational, there are principles that make for healthy relationships that could also make for a just society if we’ll apply them. Here are four things I’ve learned in the context of dating that can help us have more productive conversations about justice, make us better advocates for our neighbors experiencing social pain and help us to build a more just society.

People Who Are Not You Are Genuinely Experiencing the World Differently Than You Are.

In relationships, people pair up who have had vastly different experiences that shaped their identities. They grew up in different homes with different families. They may have attended different schools. They may have grown up in different neighborhoods. Some partners have greater degrees of difference, growing up in different countries or different religious contexts. All of these things shape their perceptions, assumptions, beliefs and expectations about the world we live in. And sometimes these assumptions, beliefs and expectations clash when you put two people of differing backgrounds together. I learned this from an ex-girlfriend.

We were in a cab to one of my favorite live music venues in Manhattan. We had been reminiscing together about how we met and started dating, but we remembered the details differently. “That’s not what happened,” I said playfully to her account of her story. The air got thick in a familiar way. I knew I’d said something wrong. For her, she didn’t hear me playfully saying that I remembered things differently than how they’d happened. She heard an accusation. “I’m not a liar,” she said firmly.

I paused for a moment, wanting to be very careful not to make her any more upset. It’s so easy for exchanges like this one to spiral out of control, because people often get defensive when they’re told they did something offensive or hurtful. People often respond with judgement: “Geez! You’re sensitive!” “Calm down. I was only joking.” “You’re overreacting!” Even when those things may actually be true, I’ve seldom ever found saying (or hearing things like that when I’m upset) helpful in my experience.

Because those kinds of responses essentially say, “I don’t understand or relate to your experience and therefore don’t think it’s valid.” There are a bunch of problems with that kind of response, but the one most relevant to this conversation is that it ignores the fact that different people genuinely experience the world differently, and that they get to describe those experiences for themselves.

Conversations about justice break down in a similar way although the details of the topic are often very different and more complex. We live in a culture where some people are constantly denying other people’s experiences of society. When women talk about the wage gap, there are men who rise up to tell them there is no injustice there. When black Americans post their frustrations with racism on Facebook, there are white Americans who show up in those threads to tell them racism ended in the 1960s. When poor people talk about their struggles to get a leg up in this society, they are blamed for their experience of poverty.

The fact that all of these groups (and more) can describe in detail the ways that society is designed for inequality is dismissed by people who are not experiencing those societal difficulties. As long as people continue to converse in this way, dismissing the ways that people are experiencing social injustices, our conversations about justice will be unfruitful. We must allow people the space to describe their experiences of society for themselves, and respect the fact that their experiences may be very different from our own.

Outcomes Are Greater Than Intentions.

I obviously hadn’t intended to offend my ex-girlfriend in the story above. But I had. That’s a big lesson in relating to people: Just because we didn’t intend to do something hurtful or offensive doesn’t mean that we haven’t.

This is a common hurdle in conversations about justice—that people think they have to consciously and intentionally harm in order to do so. It’s easiest for me to talk about this in the context of race conversations since that’s the area that I work in. People think they have to join the KKK or march the streets of Charlottesville with a tiki torch to say something racist. Not necessarily.

In a recent lecture, sociologist and author Dr. Beverly Tatum spoke of ideas of racial oppression as a smog that permeates society. “We’re all smog breathers,” she said graciously. “So it should be of no surprise that we breathe some of it out.” In other words, we have all internalized bad ideas about different people groups in our societies, and at times those bad ideas come out. A young woman in the office lands a promotion and someone asks “Who’d she have to sleep with?” A friend tells his buddy over drinks that he’s met someone new on Bumble: “She’s pretty for a dark-skinned girl,” he reports. A father and son debate about Black Lives Matter while they wait for their food at Chili’s: “If they want to stop getting roughed up by the police, they should pull their pants up!” These are all bad ideas that can be offensive to those who are constantly having to fight against the negative stereotypes attached to them. And although the people who say these things may not mean any harm, harm is often done.

People Are Entitled to Their Feels.

In conversations like the one I was having with my ex, people often critique each other’s feelings: I don’t relate to your experience, and I didn’t mean any offense, therefore you shouldn’t be experiencing negative feelings about this. I was tempted to do that in the conversation with my ex. But this was one of those rare occasions where I realized that it didn’t matter how I felt about her feelings. What mattered was that she felt them.

But so often when marginalized people express their anger, they are reprimanded for doing so. Black people are stigmatized as “angry” when they are passionate about racial justice. Women are labeled “feminazi” when they are passionate about women’s rights. The subtext is often that the critics don’t think the groups they’re critiquing should be upset. But at the end of the day, those who are not experiencing the same difficulties in society don’t get to tell oppressed people how to feel about their oppression.

Defensiveness Is Your Enemy.

I apologized to my ex for the offense and assured her that I didn’t mean to say she was dishonest. We hugged it out, got out of the cab and went on to enjoy some live music. I’m not saying this is the only way to handle things, but I am saying that it was a whole lot more productive than getting offended at her being offended.

The same is true when we’re talking about justice. No decent person wants to contribute to the social pain of another, but oftentimes we do. The only way for us to learn how we may or may not be complicit in social injustice is to listen deeply to those who are affected by it.

If we want to have a just society, we must accept that some people in our society are experiencing great social pain that we may have the privilege of not knowing about. We must be open to learn that we have probably contributed to that social pain in more ways than we even know. We must respect the stories oppressed people tell and the feelings that accompany them. This is not so we can feel bad about ourselves, but so that we learn how we can better fulfill the greatest commandment: to love God by loving our neighbor. I learned this from an ex-girlfriend.