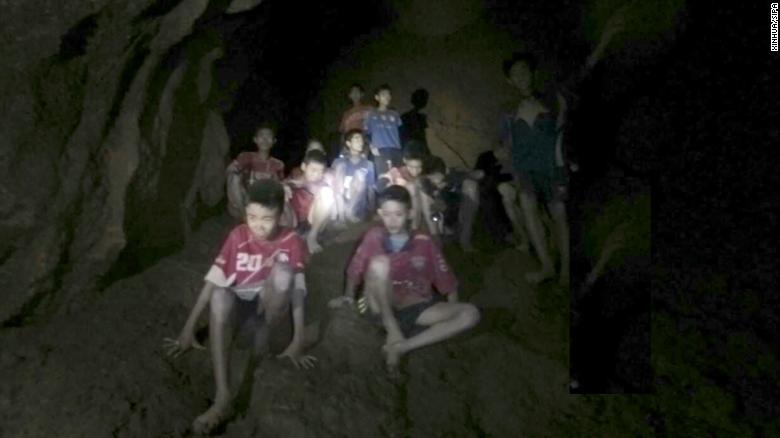 Navy SEALs in Thailand confirmed this morning that all 12 boys and their soccer coach have been rescued from a flooded cave in northern Thailand. They were trapped for more than two weeks.

Four boys and the coach were rescued on the final day. After their safe extraction, every member of the team and the coach has been declared safe. A medic and three Thai SEALs who had stayed with the team on a rock shelf inside the flooded cave have yet to emerge, but are due to come out soon. (h/t ESPN)

Before this morning, the eight boys already rescued are in “high spirits,” according to health officials on the ground. Their immune systems are strong, and they were given a treat of bread with chocolate spread. The first four boys rescued are all able to eat normal food again. Doctors are taking a cautious approach, and it could be another seven days until the boys are released.

The boys and coach were trapped in the cave when it became flooded behind them with monsoon rains. They had been missing 10 days when they were first discovered by a pair of British divers.

God Wants You to Stop Beating Yourself Up